Sydney FC superstar Caitlin Foord has been crowed women’s AFC Player of the Year for 2016 in Abu Dhabi overnight.

The Sky Blues attacking midfielder lifted the award ahead of fellow Matilda Lisa De Vanna and China’s Tan Ruyin who were also in the final three nominations.

It is reward for a stellar year for the Wollongong-born 22 year old who becomes only the second player to win both the senior award and the AFC Women’s Youth Player of the Year following her success in 2011.

“I’m just really really overwhelmed with all the support from everyone specially back home,” said Foord.

“I have woken up with so many messages. It’s insane. But just happy that the trophy is coming back to Australia.” 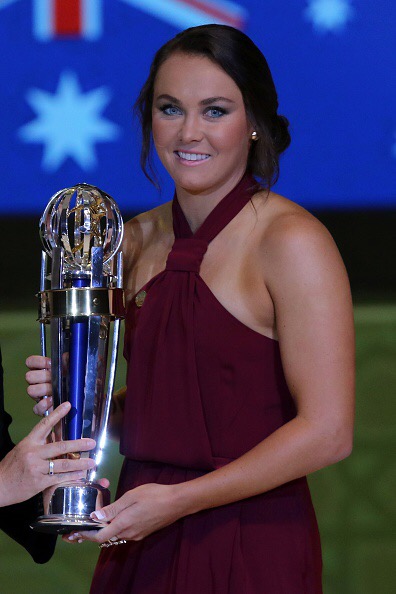 Foord also won the award for the Best Young Women’s Player at the 2011 FIFA World Cup in Germany aged just 16.

Speaking at last night’s ceremony she said:  “I wasn’t expecting this.

“It’s obviously a massive achievement. Looking back at the young player award, I was so young and just took the award.

“I didn’t really expect it, or think too much of it. 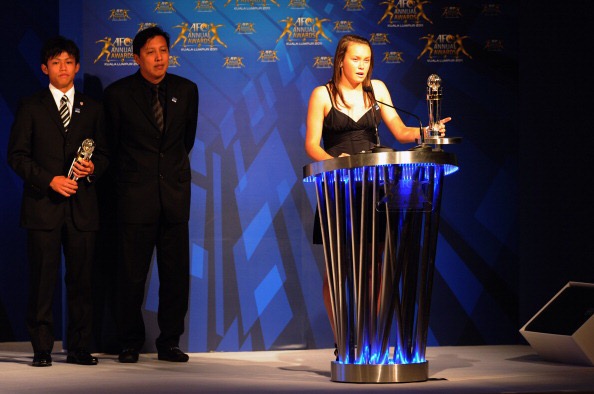 “I see the energy and effort she puts into her training week in, week out at Sydney FC.

“She truly is a special talent and I think we’ve got a lot more to come from her in the future.

“We are very lucky to have her at Sydney FC and I can’t wait for her to return help lead us to our ultimate goal of the Championship this season.”

The Sky Blues travel to face the Newcastle Jets in the Westfield W-League on Sunday in double header kicking off at 2.30pm at the MacDonald Jones Stadium.