The Sky Blues’ leader said claiming a second Plate in succession was satisfying in itself, let alone lifting aloft in front of their rivals, as he also vowed to maintain the squad’s mental toughness and form heading into the Finals Series.

“I think it will be [special lifting the plate in front of Melbourne],” Brosque said.

“I just think lifting the Plate in general will be satisfying. No one really expected us to do it again, history shows it’s very very difficult to do it twice in a row so regardless of who we’re lifting it in front of the fact we’ve been able to do it again is rewarding in itself.

“I think everyone is really excited about this game, the hardest part mentally is what we’ve already been through.

“Everything we’ve been through, the travel, the games, the fact we had to win our last Champions League game and did that, they’re all the mental battles that we’ve overcome and become stronger for.

“Going into this game you don’t need any motivation to play Melbourne, especially in front of our home crowd. We know we’ve got a very good record against them in the last couple of years, we want to maintain that and we want to take form into the finals. 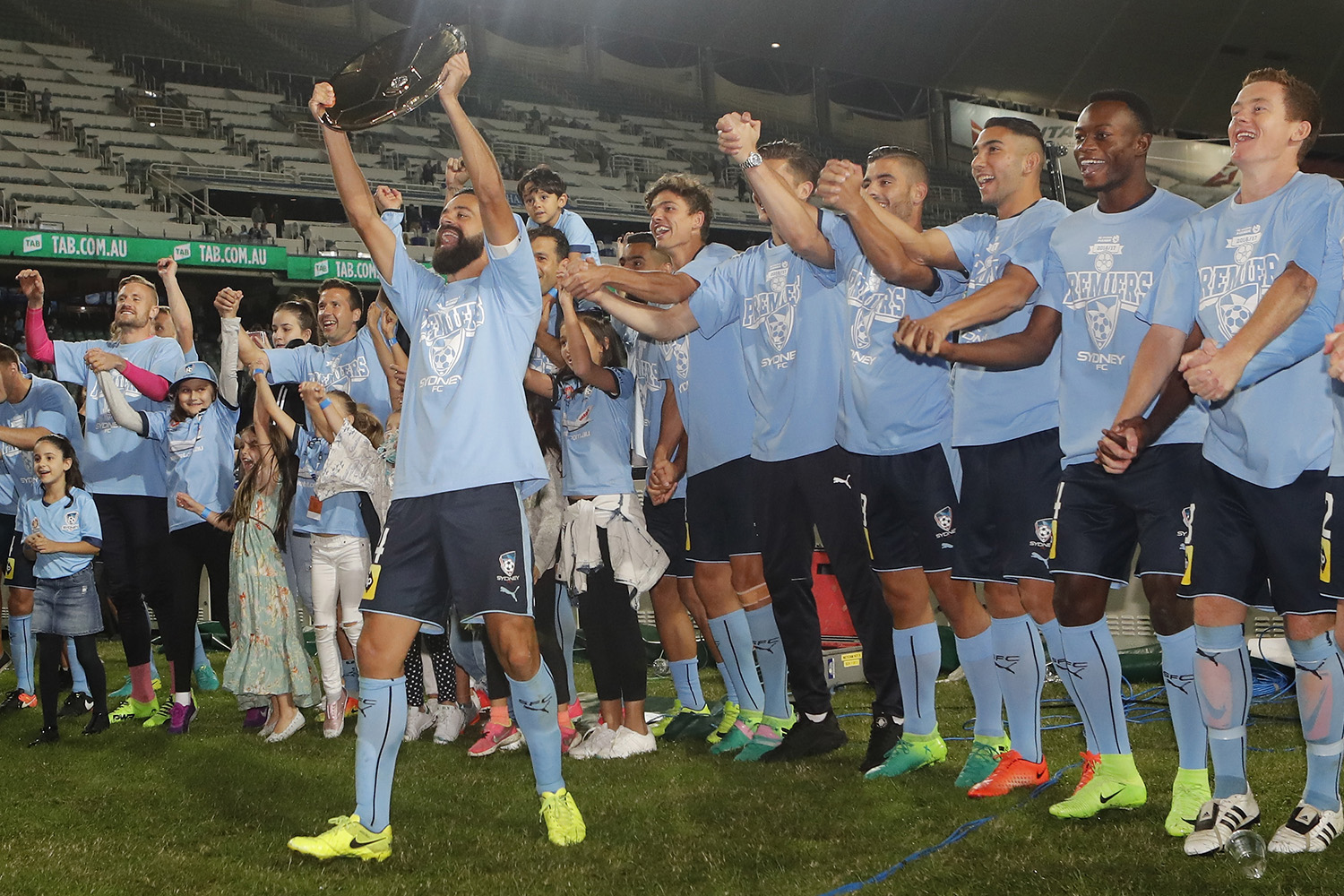 “We’re our own threat,” he continued.

“You look back at those last couple of weeks where we were flat and probably took our foot off the pedal a little bit, you can’t afford to do that against any team, it doesn’t matter who it is if you’re not ready to show up in a professional way the way we have been over the past couple of years then you’ll get beat.

“I think if we’re on form and playing the way I know we can then we won’t lose.”

Comparing the Sky Blues’ record breaking 2016/17 season with the current record breaking season the squad is enjoying, Brosque said both years were similar, putting Sydney FC’s phenomenal form down to the standards set at the club and the records and history on offer.

“If you look at results and where we are on the ladder it’s very similar [to last season],” Brosque said.

“By the time this weekend comes around we’re not far off what we did last year. We’ve just maintained a very good level, the standards we’ve set last year, knowing anything less wouldn’t be good enough.

“We’ve managed to maintain that, it’s been two very good years, we did have a lot of changes from last year, in light of all those changes we’re still here 14 points clear.

“We win this week and Newcastle lost it’s 17 points, the same as last year, so to say whether it’s a better team is for others to argue. We’re just as happy with where we are.

“They’re the things Arnie uses to keep us motivated [the records],” he continued.

“The fact that there’s a lot of things teams haven’t done before or done before that we can break, and once your career is done those things make you proud. More than anything it’s motivation, Arnie uses all the stats he can find to keep us going.”

Sydney FC take on Melbourne at Allianz Stadium in the final clash of the regular season on Friday 13 April (kick off 7:50pm AEST). Be there to back your Sky Blues, see history in the making and watch the squad hold the Premiers Plate aloft.