With just one point between the Sky Blues and Melbourne Victory, this Saturday’s #BigBlue is set to be the biggest yet.

Captain Alex Brosque said he’s determined to widen the gap between second and third place, as the race to the Hyundai A-League Premiers Plate enters its final stretch.

“If we beat Melbourne, we go four points clear from them so this game for us can’t get any bigger,” Brosque said.

“When you look at the table and where everyone is sitting, it definitely sets up a very big game for both teams this week.

“We’ve lost both of our games this year, [but] I think both games that they won the better team didn’t win.

“We know that we need to change that and make sure we win our home game against them this week.” 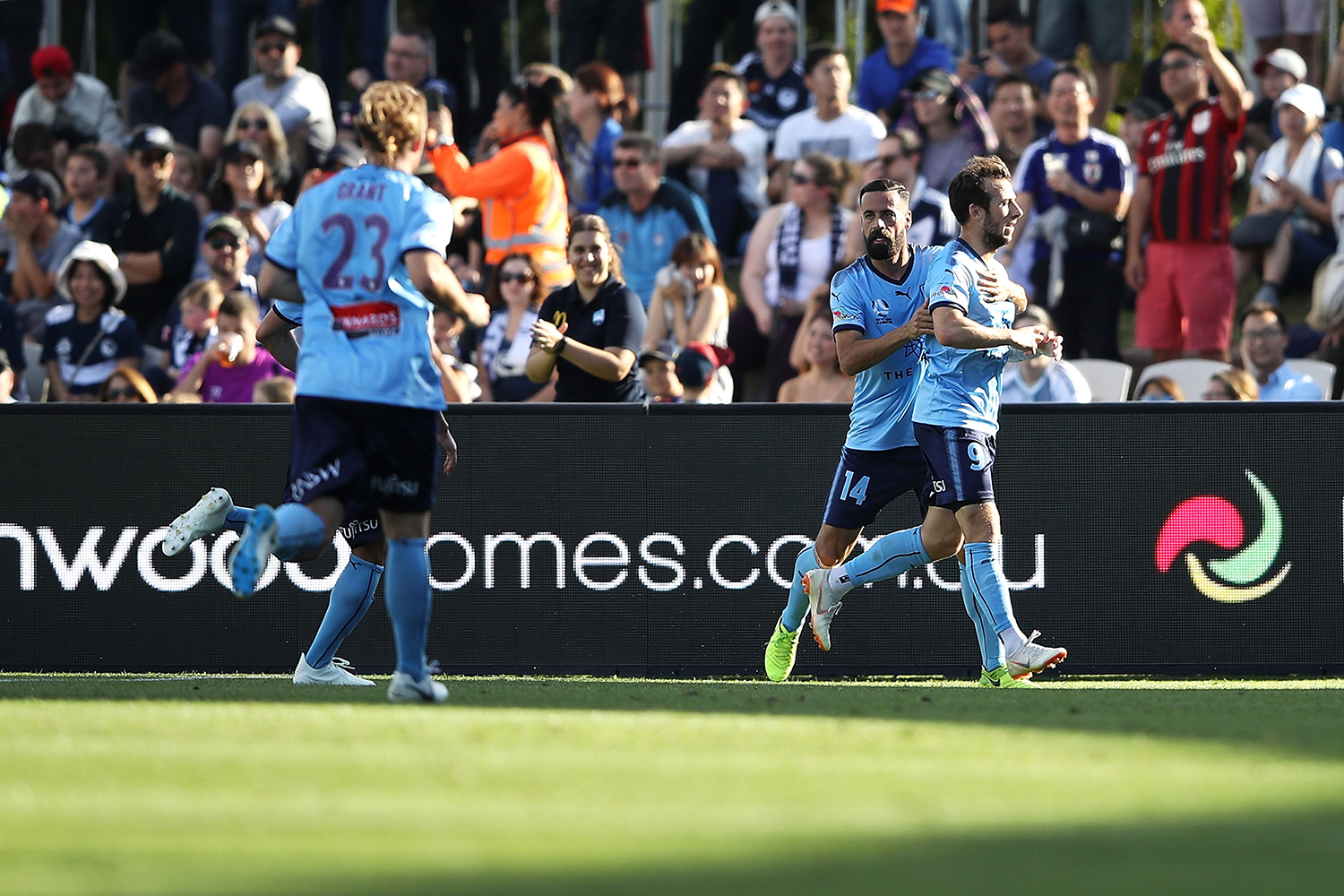 With pride at stake for both teams, Brosque is confident of the Sky Blues’ ability to triumph over Melbourne.

“I don’t think we need to change anything in terms of the way we’ve been playing, we just need to make sure we get the result,” he said.

“The name itself, the Big Blue, says it all. They’re always tough physical games, with so much at stake every time we play them.”

Undeterred by the busy period ahead, Brosque is also pleased that fellow team mates Siem De Jong and Danny De Silva are back with the team.

“Siem’s a class player and our marquee player. To have him and Danny De Silva back, ready for the busy period that we have coming up and the run into the finals, it couldn’t be a more perfect time for us.”

Sydney FC take on Melbourne Victory at the SCG in the biggest of Big Blues on Saturday (kick off 7:50pm AEDT). Be there to back your Sky Blues and cheer the boys home.