Sydney FC have cemented their spot in the FFA Cup Round of 16 with a 4-2 victory over Rockdale City Suns in a high-scoring and exciting affair at Ilinden Sports Centre.

The Suns hit the lead early on with a long-range effort after which the Sky Blues took control of the game.

A stunning volley on the half-hour mark from Daniel De Silva levelled scores before two goals from Warland and Brosque early in the second stanza put the Sky Blues firmly in control.

The skipper added a second goal to his tally just after the hour mark as the Sky Blues showed their true colours.

A consolation goal from Alameddine with a quarter of an hour to go gave the home fans something to cheer about, but it was Sydney FC’s night giving Steve Corica his first competitive victory as Head Coach. 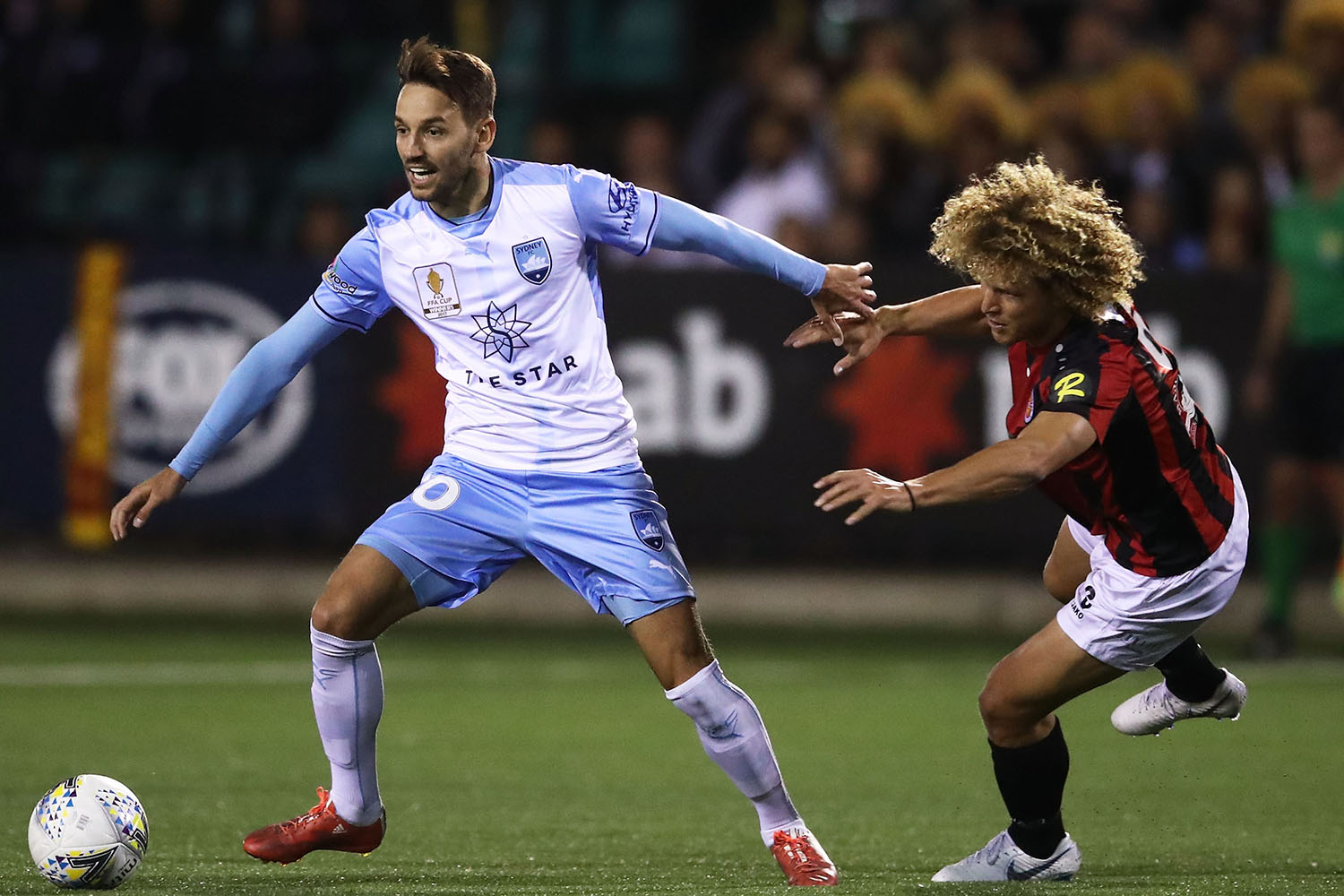 Head Coach Steve Corica: “It was a fantastic performance and good to get the first win.

“In the first half I thought we played really well except for the early goal we conceded.

“We were able to control the rest of the game, but got a bit sloppy towards the end of that second half as the game went on.

“I was pleased for Danny De Silva to score a great goal, Brosquey led from the front and Wilko from the back.

“I was very pleased with everyone’s performance. We’ll learn from tonight and we’ll get better.

“Brosque’s just so experienced – he’s looked good all pre-season, he’s come back fit and he came up with some great goals for us tonight when we really needed it.” 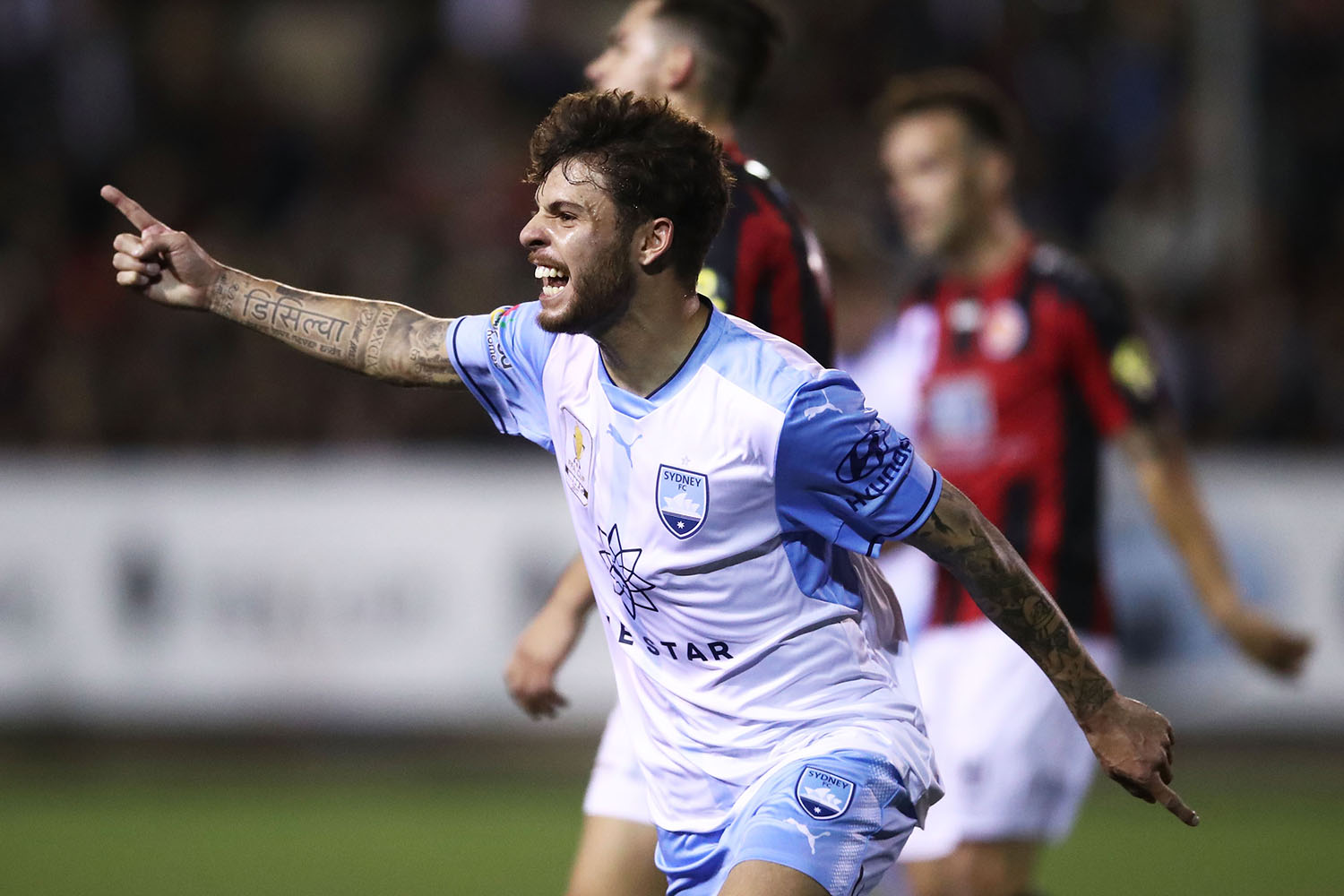 6’ GAITATZIS GOAL – After end-to-end stuff from both sides early on, Rockdale struck first after a good run down the right by Alameddine, who crossed it low for Gaitatzis who finished beautifully from outside the area.

30’ DE SILVA GOAL – After an extended period of pressure by the Sky Blues, a deflected corner fell at the feet of De Silva who belted home a volley from the edge of the area. Stunning finish.

48’ WARLAND GOAL – An early corner provided a scoring opportunity for Warland, who made no mistake at all, heading it home from close range to take the Sky Blues to the lead for the first time.

51’ BROSQUE GOAL – After Rockdale turned the ball over inside their own half, Brosque smartly poked it back to his support before running through into the area and calmly finished to give the Sky Blues a two-goal buffer just minutes into the second half.

64’ BROSQUE GOAL – The skipper bags another goal after some strong lead-up play from Ninkovic and Buhagiar, tapping it in from close range and putting the game out of reach for the home side.

76’ ALAMEDDINE GOAL – A strong counter by the Suns brought the deficit back to two goals as Alameddine hammered it home in front of the home fans from just inside the area. 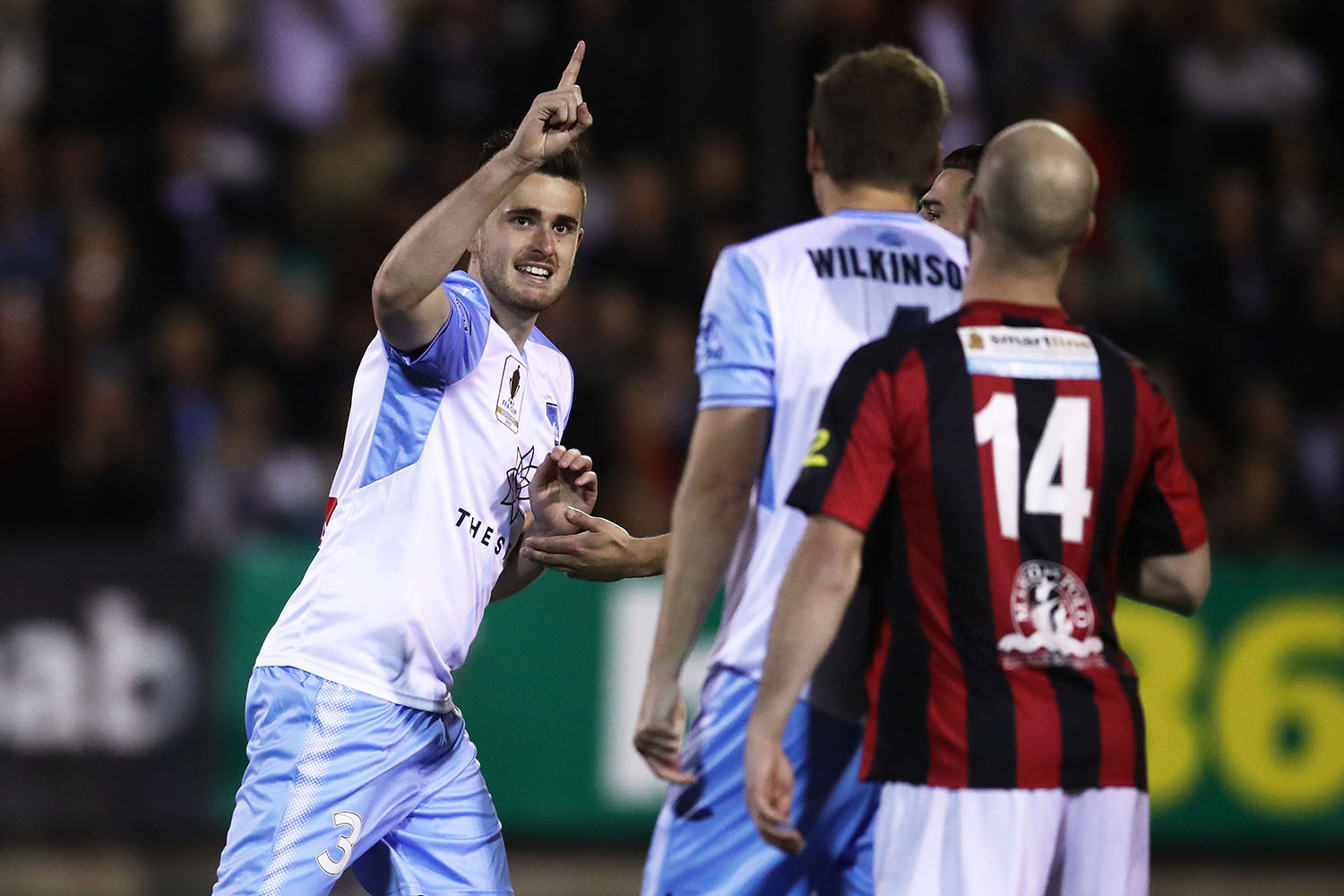 18’ NINKOVIC CHANCE – First real chance for the Sky Blues as Ninkovic found himself in space but the home side recovered and sent it out of play for a corner.

23’ BUHAGIAR CHANCE – More pressure from Sydney FC leads to a fantastic chance for Buhagiar who sent it just over the bar after a great run down the right-hand side.

39’ BUHAGIAR HITS THE POST – Great control and a brilliant ball from De Silva into the box for Buhagiar to shoot, but the woodwork just denied him the chance for his first goal of the evening.

43’ REDMAYNE CLEARS – A counter attack from the home side was diffused well by Redmayne at the back, getting himself way outside the box and heading the ball to safety for the Sky Blues.

83’ REDMAYNE SAVE – A fantastic save from close range by Andrew Redmayne kept the score at 4-2 as Rockdale tried to spark a late comeback. 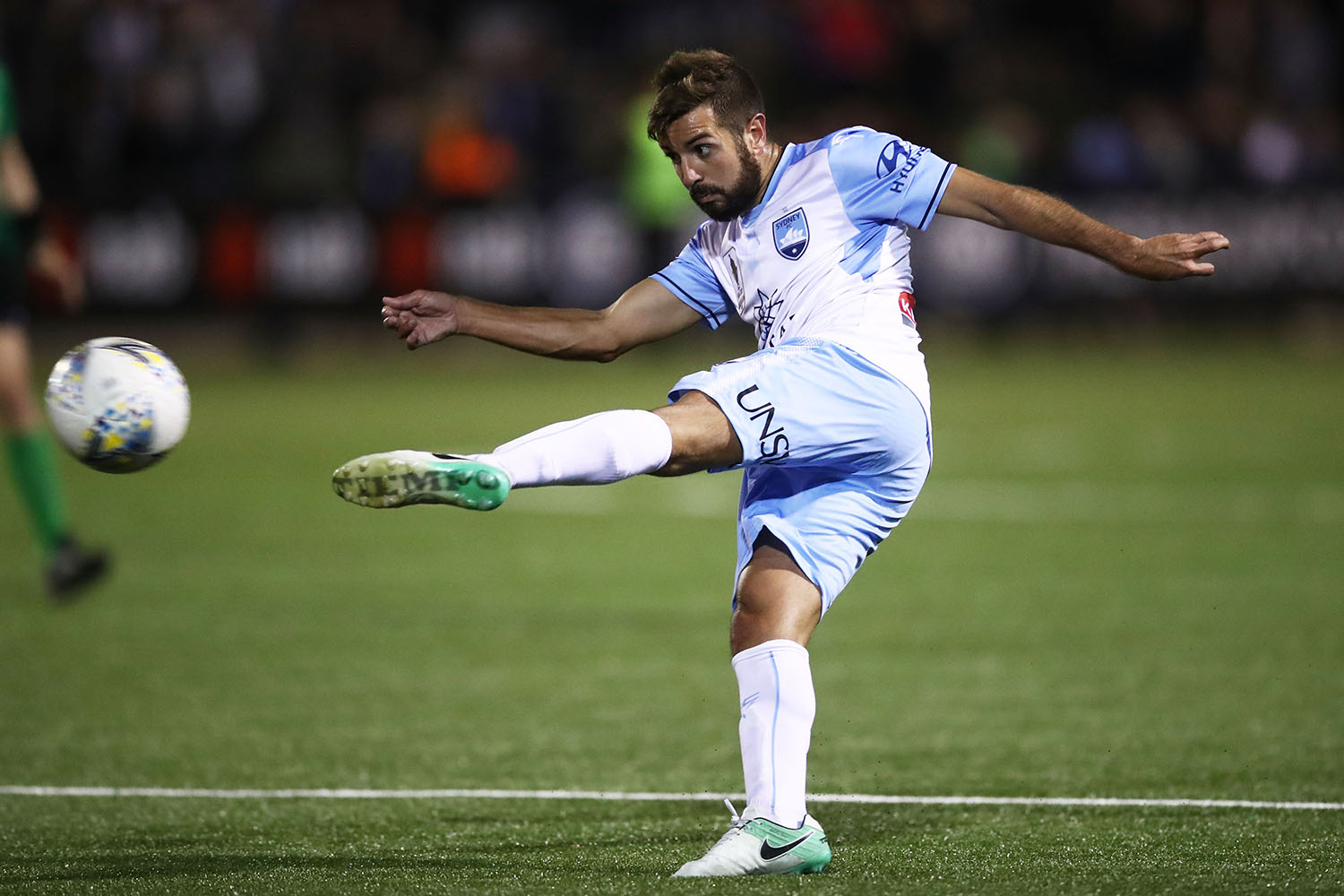