Brillante was next in the order but had few nerves about having to step forward.

“I was just making sure I was staying focussed but I knew Ninko would finish it off,” the powerhouse midfielder told Fox Sports. 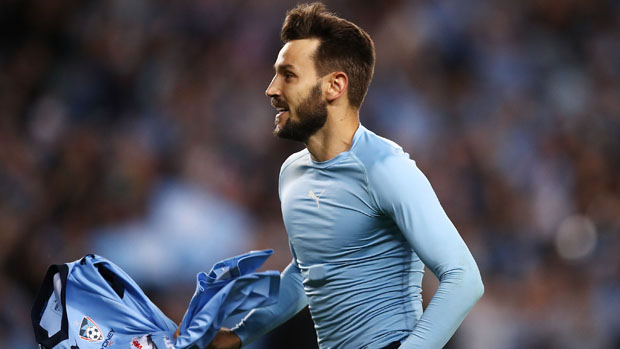 “The boys have been unbelievable this season and I can’t wait to celebrate with them.

Brillante only joined the Sky Blues last June having endured a tough two years in Italy.

The Bundaberg product has formed a hugely successful partnership with Brandon O’Neill in midfield and played a key part in Sydney winning the battle against a determined Melbourne Victory.

“I’ve never been in a Grand Final and to be able to do it in front of this crowd has been amazing,” he said of the sold-out Allianz Stadium.

“When I was walking out I had the biggest smile on my face.

“This atmosphere, friends and family all here, to top it off like this – the boys deserve it.”