Sydney FC star Joshua Brillante has sounded a warning to the Central Coast Mariners ahead of Saturday’s away clash, saying the Sky Blues will be gunning for victory no holds barred.

Brillante said last Sunday’s #BigBlue defeat would spur the Sky Blues’ into action, as the midfielder said he was anticipating a fiery encounter against the Gosford club at Central Coast Stadium.

“I think we’ve got every team out for us, we expect that in the game and expect them to be tough, but we expect to win,” Brillante said.

“All we want is a good performance from ourselves and to show everyone what we can do.

“Over the past few years we’ve always bounced back if we’ve lost a game so we’re expecting a fiery game.

“We learnt a lot [from the loss],” he continued.

“I think we take it a lot harder than other teams because they are so few, we just have to review what we did in the game and look forward to the next game, work hard, bounce back, and when we wear our heart on our sleeve, we always get a good result.” 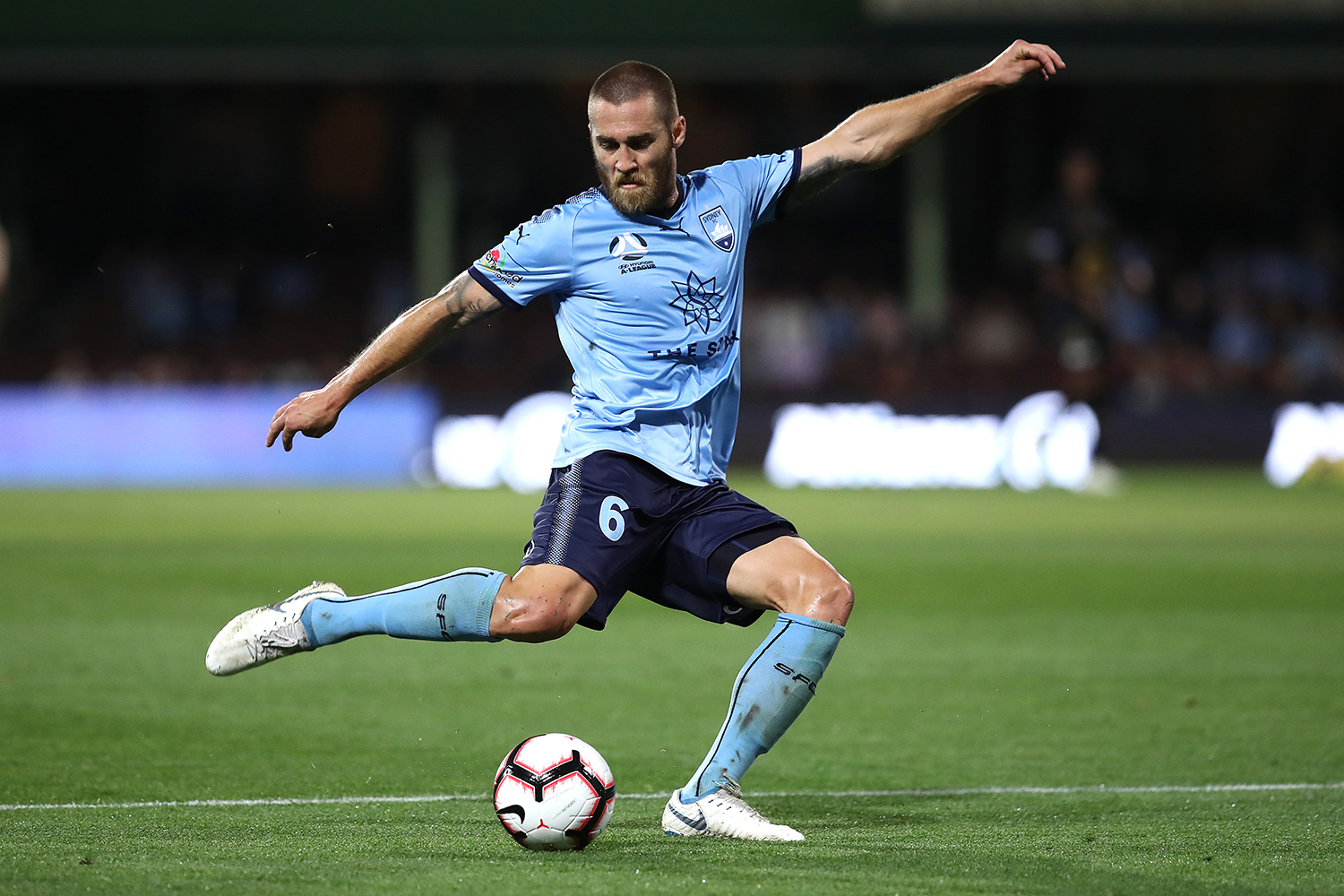 Brillante said the Sky Blues’ desire to win was the driving factor behind their strong record against the Mariners, having won nine of the last 12 games, as he said the entire squad relishes having teams get up for encounters against the Sky Blues.

“We’re not concentrated on that sort of stuff [the record],” Brillante said.

“We love those type of games [teams getting up to play Sydney FC],” he continued.

“It’s more of an atmosphere, more of a buzz when you go on the pitch. It’s good to have those games very fiery and we’re looking forward to it.”

When asked about the Sky Blues previous result, Brillante said all that needed changing was putting the ball in the back of the net as he vowed improved execution in attack from the Sky Blues.

“Just a bit of execution in the final third [was all that was missing on Sunday],” Brillante said.

“We created a lot of chances but we just couldn’t put them away. We’re looking to bounce back and show that this week.”

Sydney FC take on the Central Coast Mariners at Central Coast Stadium on Saturday in a huge Round 6 Hyundai A-League encounter. If you can’t make it up to the match, #WatchWithUs LIVE on Fox Sports 505 & the My Football Live App, or get to our Official Home Away from Home at The Star, Sydney.