Undefeated in their past 15 Hyundai A-League matches, the Sky Blues face reigning Champions Adelaide United, who they most recently defeated 4-0 on Boxing Day, 2016, and Brillante confident of another three points.

“It [the Invincibles tag] stuck really early and it hasn’t affected us at all,” Brillante said.

“We still haven’t lost yet, I don’t think it’s affected anyone to be honest and if everyone just concentrates on their job and their part of what they need to do then I think at the end of the season that name [the Invincibles] will still be there.

“I don’t see why anything will change. We’ll go out there with the same attitude that we always do, with that winning mentality, and hopefully we can get another four goals again.

“We take every team quite seriously. It’s always a tough match [against Adelaide], we take it step by step, week by week, and if we do that we’ll come out with the result.

“With the team that we have, the setup we have and the way that we play it was definitely something we knew we could do [go undefeated]. We’ve been doing it so far and we’re not going to stop.” 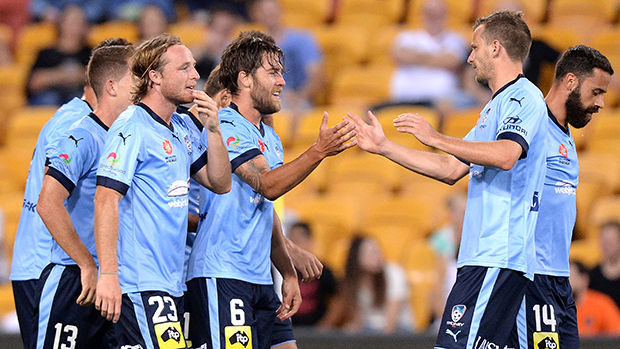 Brillante credited the morale amongst the playing group for their form to date, as the Sky Blues midfielder also remarked at the amazing achievement of the Sky Blues Westfield W-League and Foxtel National Youth League squads to also top their league tables.

“It’s great to have this kind of confidence and morale amongst the team,” Brillante said.

“With the depth of the squad that we have and the way that we play, we’ll keep the ball rolling and keep winning.

“When you’re winning a lot more, you’re enjoying it and want to be out there all the time. That winning streak does help with the motivation every week to go out there, play and win again.

“Since day one when I arrived, even just on the training park, how everyone has gelled together, wanted to play together and back each other up, I’ve never had that before. The feeling you get when you’re out there is quite something.

“It’s great for the club for the A-League, women’s league and youth league to be top of the table,” he continued.

“It goes to show what kind of culture we have at the club, and what we’re doing as a club football wise. I think that’s amazing.”