Sydney FC midfielder Josh Brillante has been selected by Caltex Socceroos Head Coach Bert van Marwijk as part of his 32-player preliminary squad for the 2018 FIFA World Cup™ which will commence in Russia next month.

Sydney FC midfielder Josh Brillante has been selected by Caltex Socceroos Head Coach Bert van Marwijk as part of his 32-player preliminary squad for the 2018 FIFA World Cup™ which will commence in Russia next month.

The Sky Blues’ star has earned his call up following another solid campaign in 2017/18, where he played all but one game of the season while scoring a memorable strike against Western Sydney on the road to back to back Premierships.

Brillante joins former Sky Blues Alex Gersbach, Matt Jurman and Danny Vukovic in being selected for the preliminary squad ahead of the tournament.

All 26 players who took part in van Marwijk’s first Caltex Socceroos camp in March this year – which included friendlies against Norway in Oslo and Colombia in London – have been included in the preliminary list of players, while six new players are also in contention for selection. 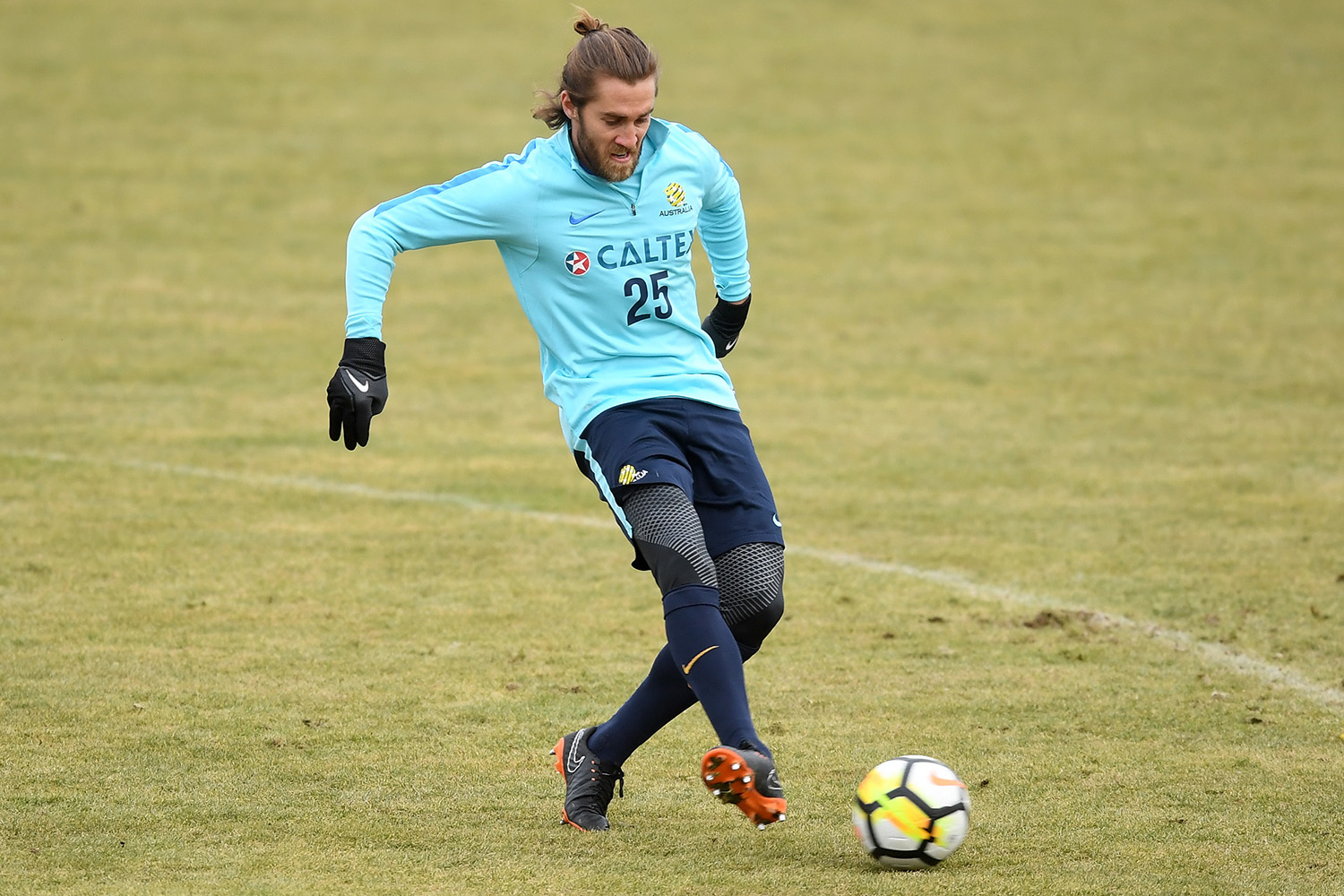 Van Marwijk and his coaching staff will reduce the preliminary squad to 26 players next week before the team assembles in Turkey for the start of their pre-tournament training camp from Saturday, 19 May.

After an intensive period of training, the Caltex Socceroos will play the Czech Republic in St. Polten, Austria on Friday, 1 June (local time) in what will be one of the final opportunities for the players to press their claim to be included in the final squad for the 2018 FIFA World Cup™.

The final list of 23-players is scheduled to be announced in Turkey on Sunday, 3 June, and the team will continue their build-up for the tournament with a further friendly against Hungary in Budapest on Saturday, 9 June (local time).

Van Marwijk said the players that featured in his first camp deserved to retain their places, however admitted additional players have piqued his interest since Australia drew 0-0 with Colombia at Craven Cottage in London.

“I am not a person who changes all the time and we thought for a long time about the first squad that we selected,” said van Marwijk.

“I had a good experience with the 26 players in the ten days that I worked with them, so I had no reason not to nominate them again. But we have since seen other players so there will be a few new names in the squad.”

Since the conclusion of the Caltex Socceroos’ March camp, van Marwijk, his coaching staff and scouts have travelled to many locations across Europe, Asia and Australia to monitor the performance of potential players.

This includes the six players that have been added to his last squad – Daniel Arzani, Alex Gersbach, Apostolos Giannou, Fran Karacic, Mitchell Langerak, and Jamie Maclaren – who have been monitored closely whilst playing for their respective clubs in domestic leagues.

“We have travelled extensively and watched many, many matches because we want to get as much information on as many players as possible,” van Marwijk explained.

“I am looking forward to the time in Turkey because there I will be able to work with the players every day, and most of the time it will be two times a day. In those few weeks it must be very clear for the players what we want (at the 2018 FIFA World Cup™),” concluded van Marwijk.