Scorer in our last clash against Melbourne City, and fresh from winning the Hyundai A-League Premiership, we caught up with Brandon O’Neill to get his tips on that free kick he scored and his thoughts for the rest of the season.

1 – You’ve picked up a name for taking free kicks now, is it always something you’ve been skilled at?

It’s something I’ve always tried to practice. Even at a young age I used to love trying my luck from range. As I grew older I never really got the chance to take free kicks, so last year with the squad when I was allowed to take them I couldn’t be happier. To score a few this season has been good fun.

The range you take them from for starters, I usually take them just outside the 18 yard box. I try to hit them with just enough power to get it up and down over the wall, but I mainly focus on accuracy. If you can put the ball somewhere where the keeper will struggle to get to and have enough power to take it there, then you’ve always got a chance [of scoring]. 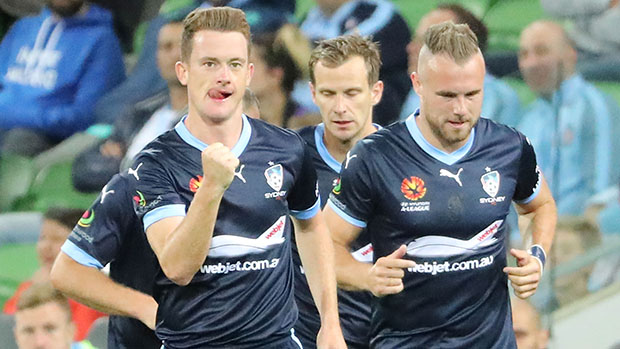 3 – How much practice do you put into yours?

I like to practice a lot. After training sessions I always grab a few balls and practice free kicks on the pitch after the session. I’m never alone though, there’s always someone else practicing with me. I’ve been very lucky this year at Sydney FC that there’s so many lads wanting to practice, work hard and get better.

4 – You slotted one against City last match, where does that goal rank for you?

That goal I really enjoyed because it put us 2-1 up on the night. It was probably my harder of the two free kicks technically that I’ve scored this year. Nothing beats my derby free kick though, I will always remember that one as being a special moment in my career. 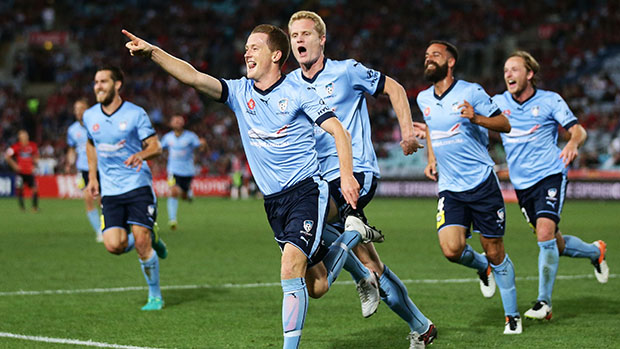 5 – Quick one on the Premiership, how did it feel when it was announced you’d won the plate for season 2016/17?

It was awesome. Sharing it with the coaching staff and all the players was amazing. It was even better for me as I can now say I’ve won the league in my hometown. I don’t think many other people can say that! Now that we’ve won the league all we are focussed on now is creating history and winning the Championship.

Make sure you’re at Allianz Stadium this Saturday to see your Hyundai A-League Premiers in action against Melbourne City (kick off 7:50pm AEDT). Get tickets now and be there to back your history making Sky Blues.