It may read fist versus last, but Head Coach Graham Arnold believes the Sky Blues are in for a great test against the Wellington Phoenix at Westpac Stadium on Sunday 23 October (kick off 5pm AEDT).

Arnold believes the Sky Blues midweek FFA Cup success won’t impact on Sunday’s clash, saying Wellington have the tougher turnaround, as he confirmed Alex Wilkinson and Michael Zullo would both return to contention for the travelling squad.

“There is no way that Wellington team is a bottom of the table team,” Arnold said. 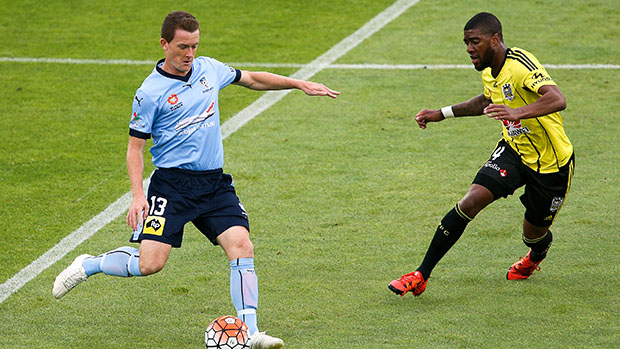 “The first week they were crippled a bit by the international week where they lost four or five players with the international team but they’re all back now. It’s going to be a real tough test for us, but we’re in good shape and I expect us to win.

“The turnaround is no problem. The break in between games has been good, Saturday to Wednesday to Sunday,” he continued.

“For me, Wellington has had a much tougher travel routine than us. They’ve had to go to Perth last week, and that’s a tough trip not only in length of travel but time wise with the time difference.

“Wilkinson is back, Zullo is back so there’s two changes. I was happy with the players we rested and changed throughout Wednesday’s game.

“Josh [Brillante] and Brandon [O’Neill] both played 45 minutes so they’re fresh and ready, Wilkinson and Zullo are fresh and ready, Jurman and Ryall didn’t have a whole lot of work to do at the back and Bobô is used to playing three games a week in Brazil so it’s business as usual.”

Arnold praised the attack at his disposal with Bernie Ibini retuning to the fold midweek, and the Sky Blues boss hailed the young winger following his return to competitive football. 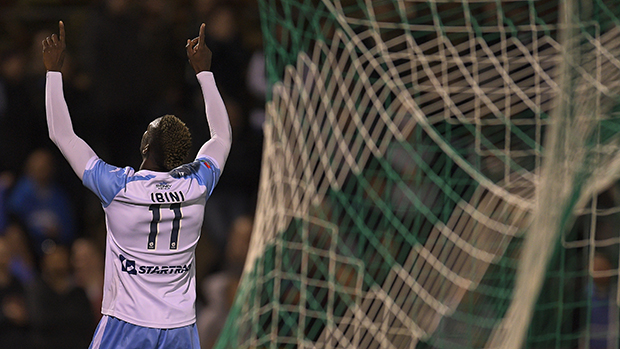 “If you count the FFA Cup games we’ve scored 19 and conceded zero in six games so it’s a great start,” Arnold said.

“Our attack is lethal, it’s been very ruthless at this time of the year and I think they’ll only get better and better.

“Bernie has pulled up very well,” he continued.

“[He’s got] a little bit of muscle soreness after a long time out of the game, but he’s healthy, he’ll be training, he wants to go to Wellington and it’s just a decision that myself and the medical staff will have to make in the welfare of Bernie if it’s a wise thing with only a short turnaround.

“Everyone knows how good he can be. He’s shown it before and the sky’s the limit for the kid.

“His size, his pace, his finishing ability, there’s not many players like him in the A-League. If he gets on that run and gets on a bit of a role, Australia have got a great weapon.”

Sydney FC travel to face the Wellington Phoenix on Sunday 23 October at Westpac Stadium (kick off 5pm AEDT). Catch the match live on Fox Sports or follow @SydneyFC on Twitter for updates.