Bobô The Star As Sky Blues Cruise Into Semi Finals

A full debut goal and two assists from new marquee signing Bobô has helped Sydney FC advance into the semi-finals of the FFA Cup for the very first time.

The Brazilian striker put the finishing touches on the 3-0 win after setting up fellow marquee Filip Holosko for the first with a perfect cross and David Carney for the second with a neat header.

It was a comfortable win for Graham Arnold’s men who could have scored a lot more but settled for the 3-0 scoreline.

The win builds momentum ahead of the start of the season and the massive Sydney Derby clash in just over two weeks.

Graham Arnold: “It’s only one game but the good thing about Bobô is he’s come out here with the right attitude.

“He set up two goals and scored one and he worked extremely hard for the team.

“You can see the combination between him and Filip from their Besiktas days but what’s pleasing for me is the way he works for the team, he’s not selfish.

“There’s no excuses this year. We’re playing a different style of football, we’ve been working hard on pressing higher up the field and being more energetic in midfield.

“It’s about progression, tonight we put it together. If we didn’t have the right attitude it could have been a difficult night for us but the boys talk in the dressing room before game about being ruthless and keeping the intensity high and this is preparation for round one.” 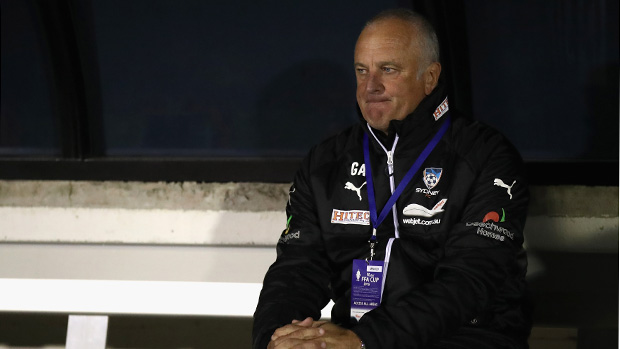 13′ HOLOSKO GOAL – A fantastic lofted pass from Bobô splits the Blacktown defence and is finished off by Holosko who powers it into the bottom corner.

26′ CARNEY GOAL – A wide cross from Rhyan Grant is knocked down by Bobô to David Carney outside the box who volleys it into the top right corner.

78’ BOBÔ GOAL – Michael Zullo cross the ball low and hard across goal to find Bobô who finishes from close range. 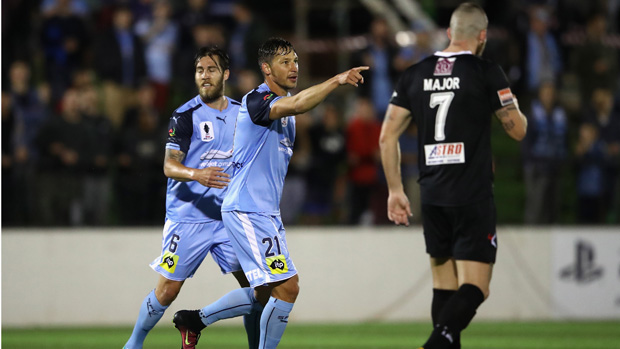 3′ BOBÔ SHOT – A quick turn on the left wing allows Bobô to beat his defender and unleash a powerful shot but it’s caught by the keeper.

12′ CARNEY SHOT – Carney cuts the ball back onto the inside after dispossessing a Blacktown defender and forces the keeper into an athletic diving save.

23′ HOLOSKO OFFSIDE – A deft backheel flick from Bobô off a lob through ball puts Holosko in on goal but he’s pulled back by the offside flag.

37′ BOBÔ CHANCE – Zullo is released down the wing and crosses to Bobô who tries to flick the ball with the inside of his right boot, but the ball goes wide.

45′ MALLIA SHOT – The Blacktown winger cuts inside on Zullo and gets off a well-struck shot but is denied by the woodwork.

52′ BOBÔ CHANCE – A cross into the box from Holosko is just ahead of Bobô who can’t connect with the ball in time as the Blacktown defender clears his lines.

56′ BOBÔ CHANCE – Holosko’s cross is once again met at the back post and knocked down to Bobô who attempts to lay the ball off to Ninkovic but the pass is intercepted.

69’ BOBÔ CHANCE – A lob through ball from Ninkovic puts Bobô through on goal but he puts he shot just wide of the post.

75’ GRANT CHANCE – Brillante puts Grant through down through the right channel but he blazes the shot over the bar. 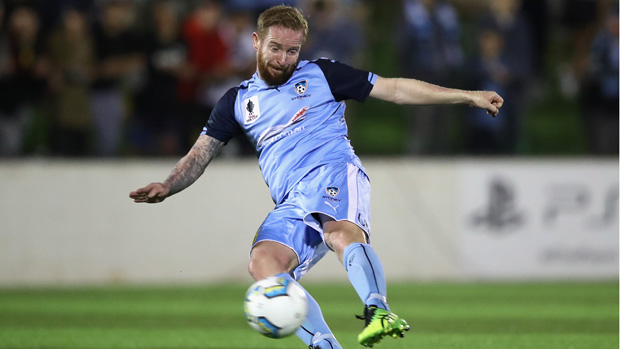 Head coach Graham Arnold hands new signing Bobô his first start as a Sky Blues player with Matt Simon dropping back to the bench. No other changes made by Arnold to the team that defeated Perth Glory 2-0 at Dorrien Gardens in the FFA Cup Round of 16.