Bobô Back For Unfinished Business

Sydney FC star Bobô says unfinished business is what spurred him on to sign a new one-year deal with the Sky Blues this week.

After scoring 12 goals in 23 games in Season 2020/21, the former Besiktas frontman said he could not leave his Sky Blue family with the taste of Grand Final defeat in his mouth.

“Sydney FC is like my second home and I could not think of leaving disappointed after the Grand Final,” he said.

“I know we are a very strong team, we will become even stronger with some new players coming in and I am confident we can go one better in the new season.

“I really want to help this club achieve more silverware, push to new levels and I want to do this by scoring more goals.

“I’m really honoured that [Head Coach] Steve Corica and the club wanted me to stay and myself and my family are really happy to be staying in Sydney.” 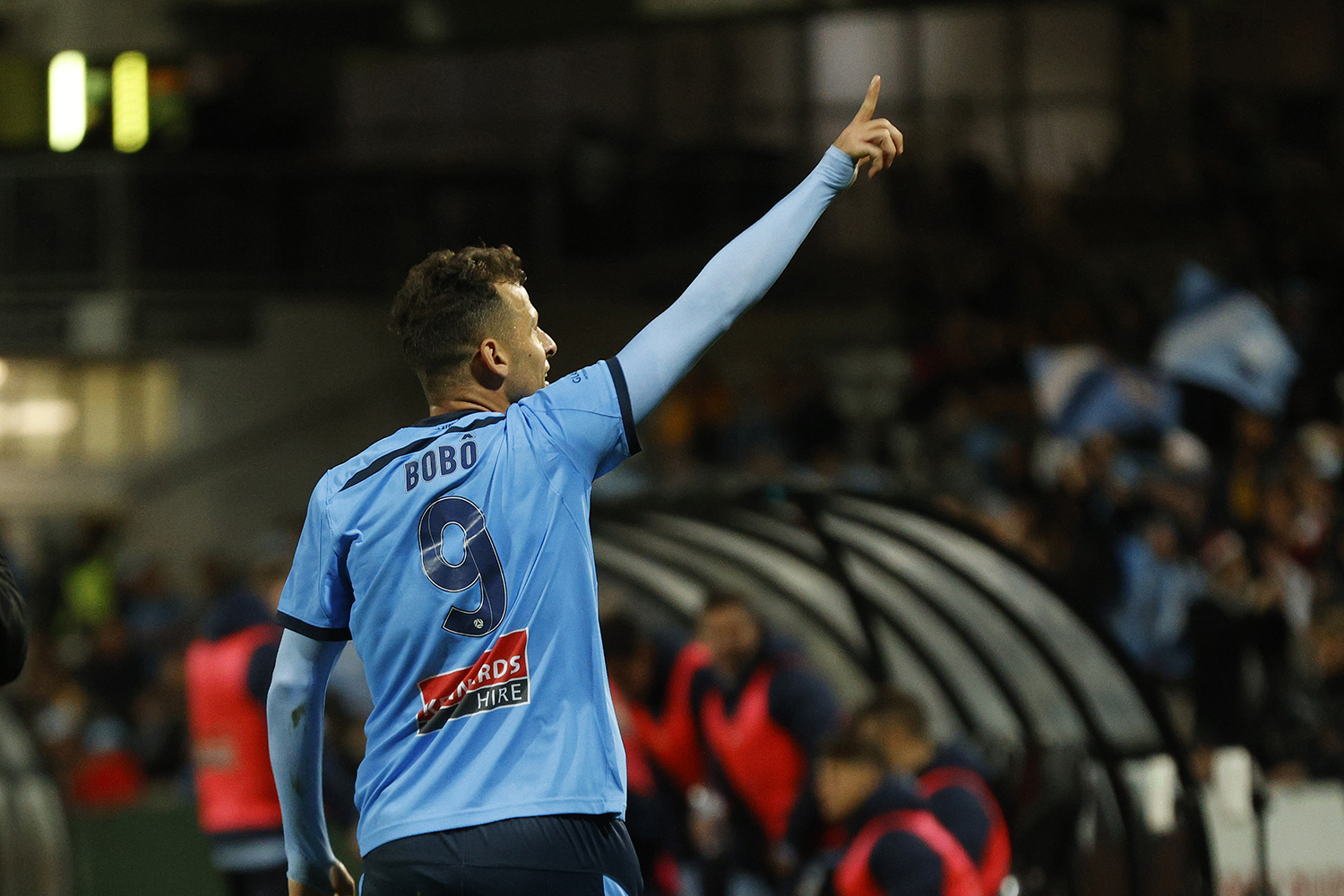 The Sky Blues striker also admitted the chance to set a new all-time goalscoring record is something that is motivating him to achieve more at the club.

Bobô is currently the club’s second highest all-time scorer with 64 goals and needs only 19 goals in the new season to equal Alex Brosque’s leading all-time record of 83 goals.

“I know I can score more goals and I can’t wait to start playing again and pull on the Sky Blue shirt,” he said.

“I’ve made a really great partnership up front with Alfie and we are sure to deliver even more goals.

“To beat Brosque’s record would be something really special and I will be giving my all for this club to score and set more history here.”

Bobô joins a number of other players in re-signing for the club, meaning Sydney FC has 21 contracted players ahead of the A-League 2021/22 season.