Sydney FC marquees Bobô and Filip Holosko took time out of their Monday to spend an hour and a half with junior players from Forest Killarney FC Summer Football’s competition at Melwood Oval.

The duo spent time with the players, passing on their wealth of footballing knowledge onto the next generation of Australian footballers as well as signing a multitude of autographs and taking numerous photos.

President of Forest Killarney FC, Scott Larsen, praised Bobô and Holosko and said the evening was a great success.

“I can’t speak highly enough of Bobô and Filip, they were excellent,” Larsen said.

“We had 350 to 400 kids and they signed autographs for every single one.  They were very patient and were smiling the whole time.

“The lads were friendly, professional and happily signed boots, shirts and even one of our junior ref’s red/yellow cards. 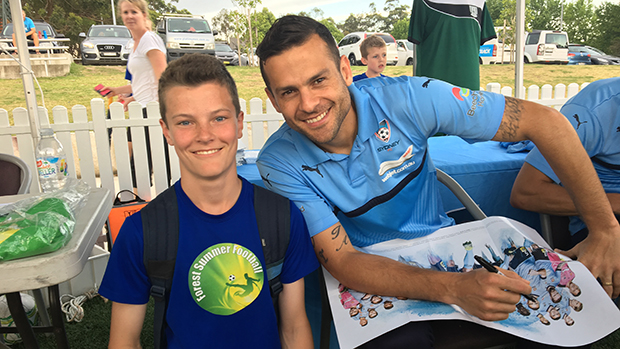 “We were rapt by the fact they were even able to turn up.

“I’ve sometimes found that sportsmen can be a little difficult, but these guys were fantastic.  They had around a thousand photographs taken with various people, which they were happy to do, and stayed well past the time they were scheduled.

“Paul Reid also went above and beyond for us and he does a fantastic job.”

Holosko said he enjoyed getting involved with the juniors and said both himself and Bobô were happy to spend time at Melwood Oval. 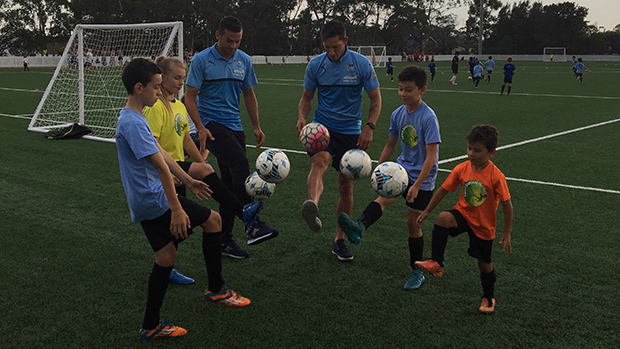 “It was a good night to stay at the field with the kids and speak about football,” Holosko said.

“We signed a lot of Sydney FC merchandise and there were a lot of smiling Sydney FC fans at the field.

“It was funny when we signed the referee’s cards, hopefully he does not send anybody off now that our signatures are on the card.

“It is always nice to be able to give back to the fans and these appearances are a great way to do that.”

Sydney FC return to Hyundai A-League action on Saturday 26 November against Adelaide United at Allianz Stadium (kick off 7:50pm). Get your tickets today and be there to back your Sky Blues against the Champs.