For Sydney FC Captain Alex Brosque, Sunday’s #BigBlue at Jubilee Stadium is more than just a football game, with the weight of an entire city weighing on the club’s shoulders.

The #BigBlue is one of the defining games of any Hyundai A-League season, and ensures which city can tout their superiority at least for a few months until the next, and Brosque is determined to ensure it’s the Harbour City that can gloat following full time in Kogarah.

“For us this game, since day one, has always been a busy game. It’s game between two big cities, two big clubs, and they rarely disappoint,” he said.

“In football it’s no different, we always want to get the better of them,” he continued.

“When we get out on the field the players feel exactly the same way. It’s that feeling of always wanting to be the better team that just makes it that bit more special.” 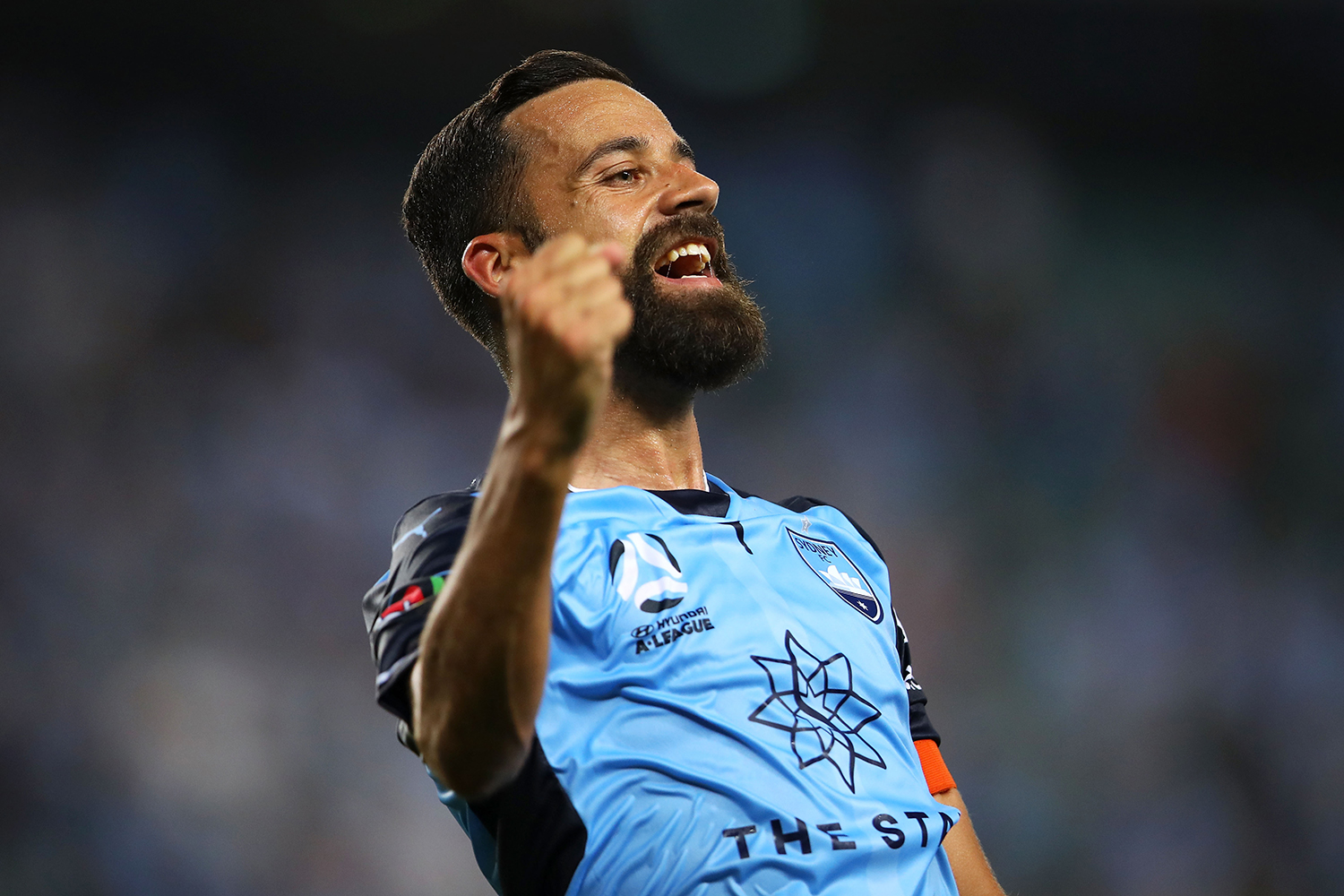 The Sky Blues’ hold the upper hand in recent history, undefeated in seven of their last eight encounters, and Brosque puts that down to the Sky Blues’ mentality and their approach to games.

“It’s down to the success we’ve had as a team and as a club in the last few years,” he said.

“A squad has been built at Sydney FC that we treat every game like a final and we know how important it is to win the Premiership.

“Games like Melbourne and Wanderers, they don’t get lost on us, we know how big they are and we’re always up for the occasion.”

Sunday represents a new era for the Sky Blues, as they take their home matches to Jubilee Stadium, Kogarah, and Brosque is looking forward to an electric atmosphere on Sunday afternoon.

“We’re anticipating a sell-out crowd, I think it’s going to be incredible with the size of the Stadium.

“The pitch is fantastic, the football will be good and I think the atmosphere is going to be amazing.

“I’ve spoken to a few people who’ve been there for Rugby matches and they’ve said that when that Stadium gets sold out it’s an incredible atmosphere.

I think there’s no better place to be, and atmosphere to have, for a Big Blue.”

Sydney FC face Melbourne Victory in a massive #BigBlue double header at Jubilee Stadium, Kogarah, on Sunday 25 November. The Westfield W-League squad get things started at 2:30pm, ahead of the Hyundai A-League encounter at 5pm.

Tickets are selling out fast, secure your seats today!