Best Is Yet To Come – Arnold

Sydney FC Head Coach Graham Arnold believes the best is yet to come from the Sky Blues as he prepares for Saturday’s clash against the Central Coast Mariners at Allianz Stadium.

Coming off the back of a 4-0 drubbing of the Wanderers in round one, Arnold said that while the squad has been improving since day one, there’s still more room for growth in the Hyundai A-League 2016/17 season.

“We went right through the pre-season with only one loss from 10 games,” Arnold said.

“I’ve seen us building from the first FFA Cup game against Wollongong. There’s been a growth in confidence and morale since then but I’d still say we’re only 60% of where we’ll end up.

“We’ll evolve as the season goes on but for now it’s about getting better and better each day at training and every game.

“I think we showed our intent last week, but it’s only one game,” he continued. 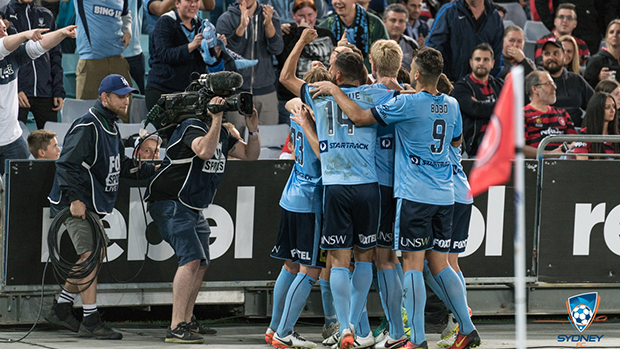 “As I said to the players last week after the game, we know our challenge is to now show that consistency and performance week in week out and do it at home in front of our home fans.

“We want to back up our performance against the Wanderers. We want to show our fans that we’re strong, that we’re going to be consistent this year and perform at a high level.

“No matter what the opposition is we have high standards and have to perform that way every week.”

With the return of Alex Brosque in round one, and Bernie Ibini on the cusp of his first game, Arnold said his selection dilemmas had increased with a mid-week Westfield FFA Cup semi-final to also contend with.

“I made it clear that there will be no complacency in this camp,” Arnold said.

“There’s a lot of competition for places, we’ve got depth in the squad, I had to leave five top players on the bench last week.

“When you see I’m leaving the captain Alex Brosque on the bench that sends a sign to the rest of the players to perform or don’t play. 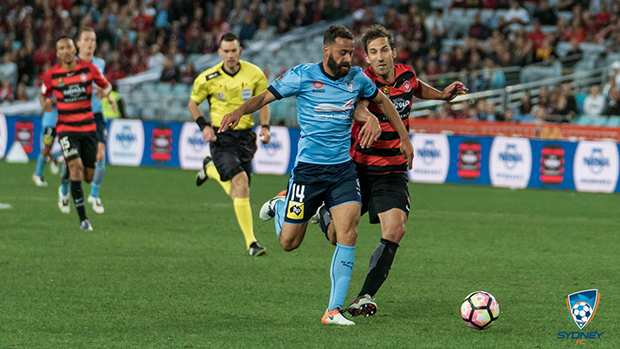 “Brosquey is in really good shape, confidence is high and we know how important he is to the team,” Arnold continued.

“Bernie Ibini is also ready play so I’ve got a couple of headaches between now and the game about the make-up of the starting line-up and squad with one eye on the FFA Cup on Wednesday.

“Bernie is closer this week than what he was last week. He’s working extremely hard and looking like the Bernie Ibini of old so that’s exciting.”

Ahead of Saturday’s clash families will be treated to a special screening of Ice Age: Collision course, and Arnold encouraged as many fans as possible to arrive early at Allianz Stadium for the film and enjoy the day out.

“It’s a fantastic initiative from the club,” Arnold said.

“Hopefully we’ll get a few more families in with the early kick off Saturday afternoon against the Mariners, with Ice Age the movie showing on the big screens at Allianz Stadium.”

Sydney FC face the Central Coast Mariners at Allianz Stadium on Saturday 15 October (kick of 5:35pm). Get your tickets today and arrive early to catch a pre-match screening of Ice Age: Collision course in a great family day out.