He joined Sydney FC to win silverware, and while the 2019/20 Premiers Plate is imminent, Alex Baumjohann already has his sights set on future trophies with the Sky Blues.

The German midfielder hailed the Sky Blues’ success in recent seasons, and praised the quality of the players alongside him, with only one point separating the squad from a record-breaking fourth Hyundai A-League Premiers Plate.

“I’ve said it before, the main reason to sign for Sydney FC is to win trophies and tomorrow night is a big chance to do that,” Baumjohann said.

“I think I’m one of the only players in this squad who hasn’t won a trophy in Australia.

“Last year was tough for me because, not just me, the whole club, we had different expectations and it was tough to not even qualify for the finals.

“To join Sydney FC and play with all these fantastic players made it very easy for me and hopefully there are lots of more years that I can play at this club and we will win lots of trophies in the future.

“The most important thing for me is the success of the team and I think we’re doing quite a good job.” 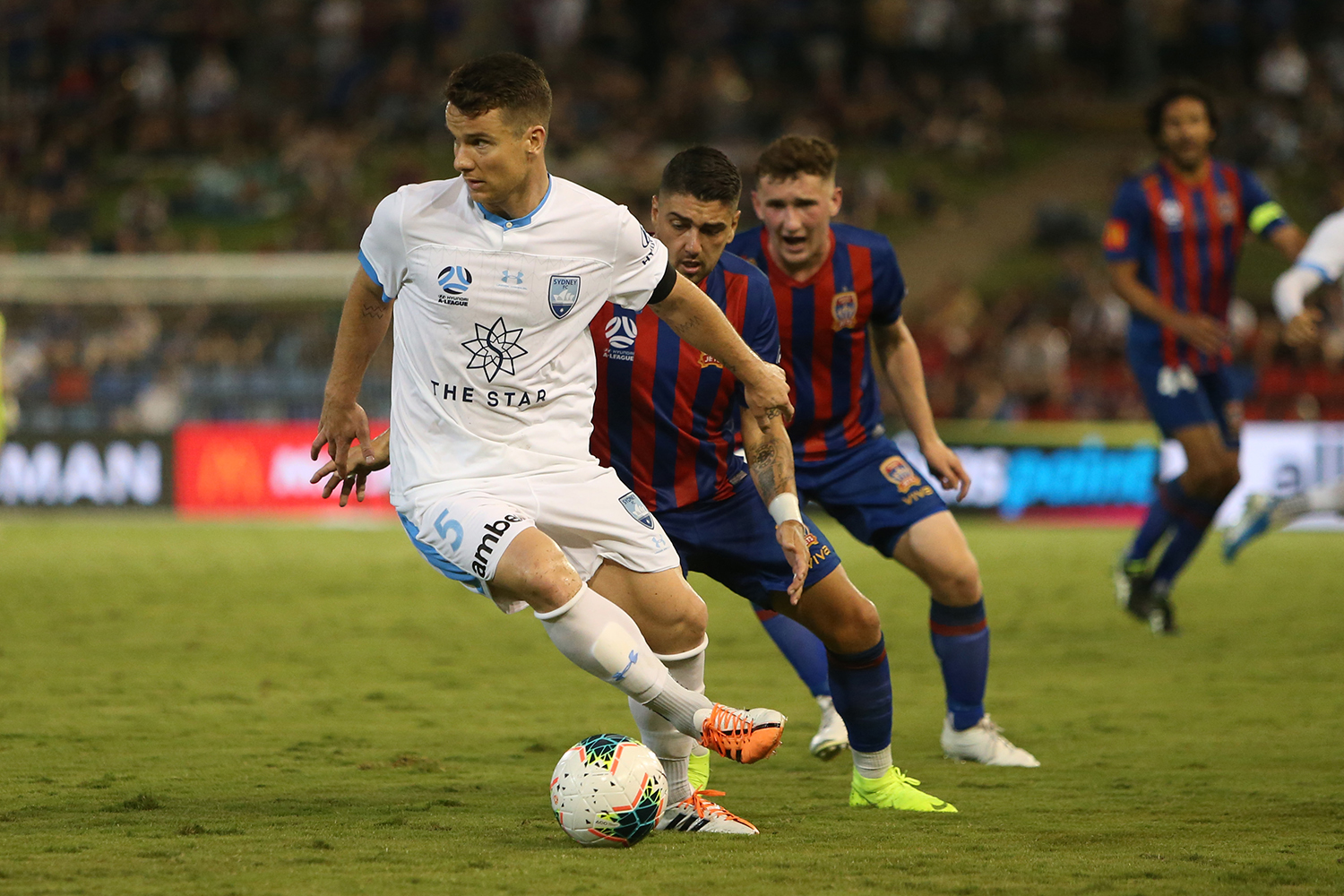 Baumjohann said he was enjoying playing in a new system at the Sky Blues, often deployed as one of two number 10’s, while he also said he wasn’t expecting to have it easy against the Newcastle Jets in Kogarah on Tuesday night.

“For me it’s a new system and I had to get used to it, it’s a little bit different because I’m on the right side so there’s more defending than as a single ten,” he said.

“When I play as a single ten I get more on the ball but it’s no problem, I could have scored some more goals but the most important thing is the success of the team and that’s what I’m most happy about.

“It’s the first time I’ve played in a system like this with two number 10’s, but I think to play alongside these fantastic players is just easy for me also.

“Ninko [Milos Ninkovic] has showed he’s a fantastic player, I can learn from him every day.

“They played quite successful after they changed their coach so It won’t be an easy game,” he continued.

“We have so much quality and if we focus on ourselves and play the way we want to play we have a good chance to win this game.”

Sydney FC take on the Newcastle Jets at Netstrata Jubilee Stadium on Tuesday night (kick off 7:30pm AEST), with one more point needed to secure the Premiership. Tune in on Fox Sports or streamed on Kayo Sports and the My Football Live app.