The Sky Blues take on the West Australian club at nib Stadium (kick off 6:30pm AEDT) and Barrett said the players were immediately focussed on atoning for their Round 14 defeat away against Adelaide United.

“The only way forward is to put on a more clinical and energised performance this weekend in Perth,” Barrett said.

“Judging by the players reaction and interactions I had with them post match [in Adelaide] they are wanting nothing more than to get back into training.

“The importance of sticking to task’s set around how we approach the game and the importance of following through with those plans match day is paramount to overcoming Perth.” 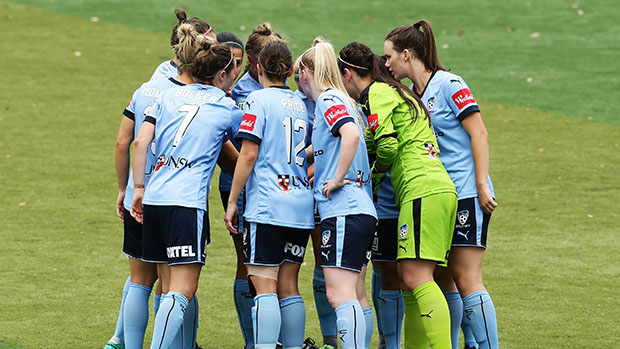 The Sky Blues last faced Perth in Round 6, and Barrett said he’d picked up plenty from that previous away clash to take into the weekend’s crunch Semi-Final encounter.

“We lacked width last time we played Perth but that’s not been a problem for us since that match,” Barrett said.

“This game will not be comparable [to our previous encounter] being a Semi Final. Both teams look and play different from the last outing.

“We will have a look at Perth on video, from there we will put together the plan and decide our approach. We will than consider the best group of players who’s skill set can execute what is needed.

“It will [be a great achievement to reach another Grand Final], but we want to win a trophy this season. This is our chance and we will be doing everything possible to get there.”

Sydney FC take on Perth Glory in the Westfield W-League Semi Finals on Saturday 4 February (kick off 6:30pm AEDT). Catch the match live on Fox Sports or follow @SydneyFC on Twitter for updates.