As a man who’s played on both sides, Sydney FC forward Kosta Barbarouses knows there’s no easy match-up in the #BigBlue as he prepares to return to Melbourne for the first time to face his former club.

The Sky Blue star heralded the atmosphere and passion the rivalry brings out in the teams and fans, saying form plays no hand in deciding a winner on the day.

With the Sky Blues soaring in first place, the New Zealand international said there’d be no better way to reassert the club’s Premiership credentials than with a #BigBlue win.

“It’s going to be a tough battle, Victory aren’t in the best patch of form at the moment but they’ll be desperate to get some results and obviously being a Big Blue there’s even more of a motivation for them,” Barbarouses said.

“They’ll give us a tough match like they did at home the first time round.

“It comes down to who wants it more,” he added.

“We want to keep our momentum going and keep our lead at the top as big as possible and there will be no better way to do it than to beat Victory in the Big Blue.” 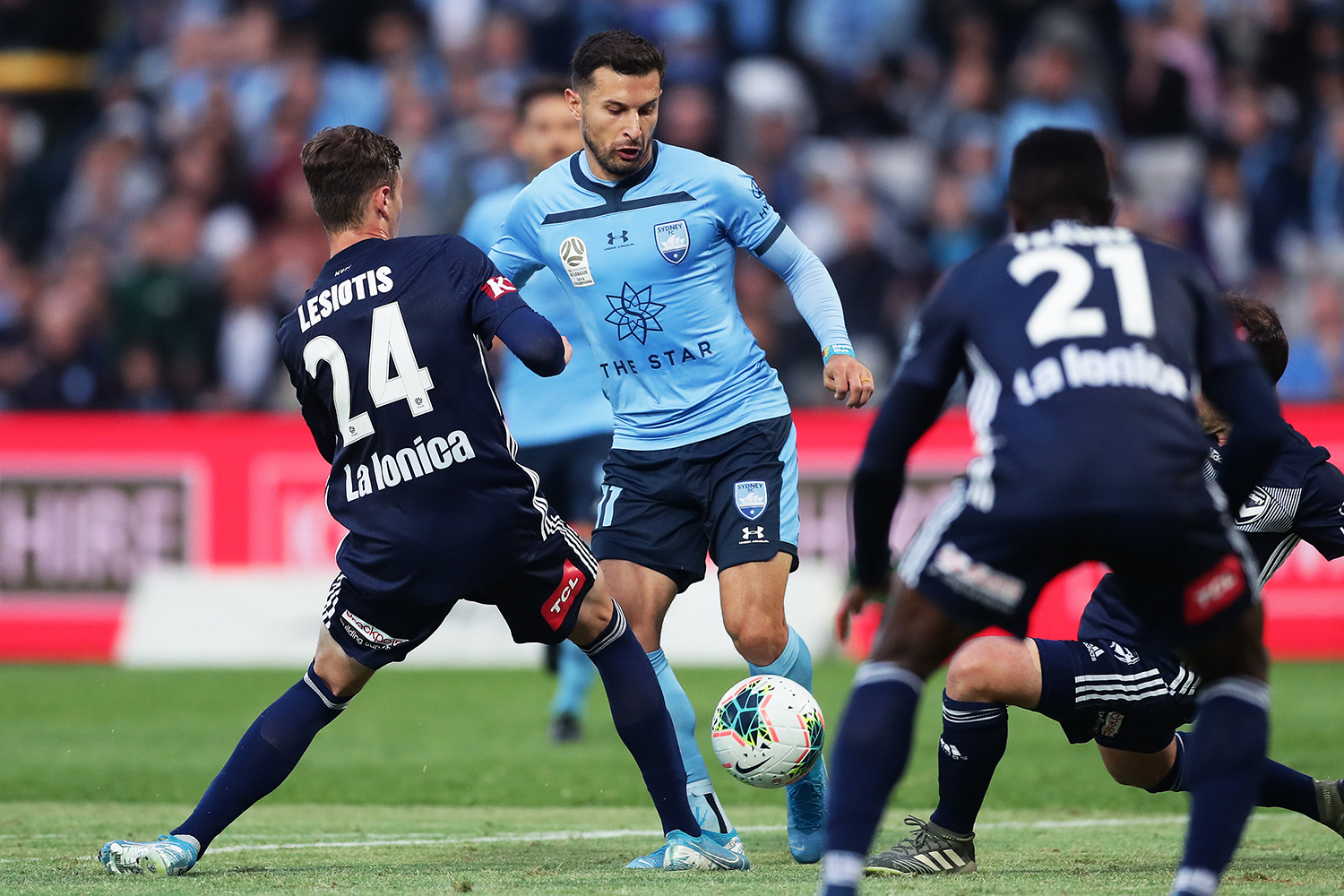 Coming up against his old side for just the second time after leaving in the off-season Barbarouses isn’t daunted by the reception he will receive when returning to AAMI park on Friday night.

“It doesn’t really bother me too much whatever comes at me on the day,” he said.

“All that matters is to get a win no matter who we play and where and when we play.

“I’m looking forward to going back to Melbourne. It will be my first time since leaving and I’ve got a lot of good memories there and playing back at AAMI Park will be great.”

The rivalry has set up some blockbuster encounters over the years and the Kiwi says the fixture that falls on the Australia Day weekend never fails to disappoint.

“It’s a special game for the players,” he said.

“The spectators come out in numbers and I think it’s definitely one of the biggest games in the calendar year.

“The occasion, the two clubs and the supporter base of both clubs makes it right up there in terms of how big the game is.

“I’ve played a few in my time and I can’t wait for Friday night,” he added.