It was another successful winter season for the football associations of Sydney, and Sydney FC were out in force to celebrate the close of the season with each association last month.

Sydney FC are prouder than ever to be the club that represents the breeding ground for the game’s next best talents, with all associations under the Sydney FC heartland enjoying wonderful winter seasons in 2016.

Grassroots football clubs across NSW have continued to grow this year, with a record number of boys and girls playing football for their local club in the 2016 season.

To kick off celebrations, Sydney FC captain Alex Brosque and Matt Simon attended the Sutherland Shire Football Association dinner to join the biggest football association in marking the close of their season.

Sutherland Shire Football Association (SSFA) had the most number of registered players in the southern hemisphere with nearly 20,000 boys and girls playing football for one of their 26 Grassroots football clubs. 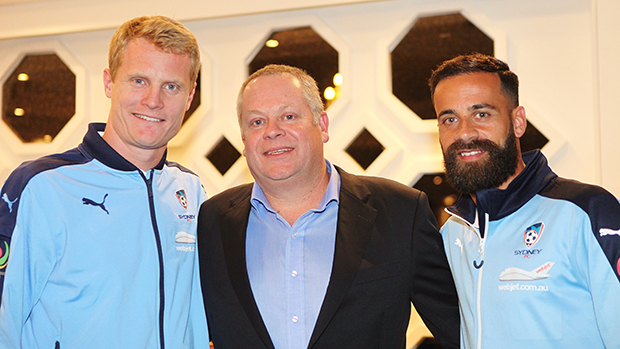 “The SSFA is our largest, however the Northern Suburbs Football Association (NSFA) and Manly Warringah Football Association (MWFA) have the 2nd and 3rd most registered players respectively and this shows how popular football is amongst Sydney FC’s heartland associations and the massive job we have ahead of us to convert them into Sydney FC fans”.

“As a young footballer there’s nothing more exciting than meeting a professional player and hearing from them on how to improve your game and we hope that our relationships with each association allows us to continue to do this”.

“It’s a pleasure to see Sydney FC stars continuously out in the community engaging with the next generation, and we’re already looking forward to the next winter season”.

Milos Dimitrijevic was on hand to close the season with Abbotsford Junior Football Club, part of the Canterbury District Soccer Football Association, along with Michael Zullo, Brandon O’Neill and Teresa Polias all attending the St George Football Association presentation dinner. 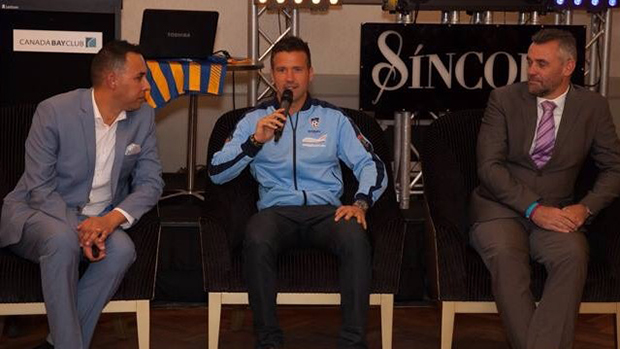 The club would also like to send their best wishes to those teams competing in the PUMA Champion of Champions this weekend at Valentine Sports Park.

Annually, the winners in the U12 to U18 age groups of this tournament will have the honour of a victory lap at half time of our Hyundai A-League game against Adelaide United on Saturday, 26 November. We look forward to welcoming the next stars of the future to the hallowed Sydney FC turf!

Registrations across associations will begin from January, and we encourage all Sydney FC fans to join their local club and stay active!