Asian Cup Should Be Your Goal – Juric

Juric, who was appointed last week, believes all of his team should be aiming to have as good a season as possible with Sydney FC in order to push their claims for April’s tournament, which also acts as qualification for the 2019 Women’s World Cup.

“If we can somehow get our girls in the squad for the Asian Cup that would be great,” he said.

“I can’t set them their individual goals, they’ll need to do that themselves, but I’ll remind them it’s something they should be aiming for whatever age they are, because it has been shown you can be called up to the Matildas squad at any age.

“There are a few new girls set to come in to our squad and we are looking for a few young Sydney based internationals to join and that can hold us in good stead for a couple of years.” 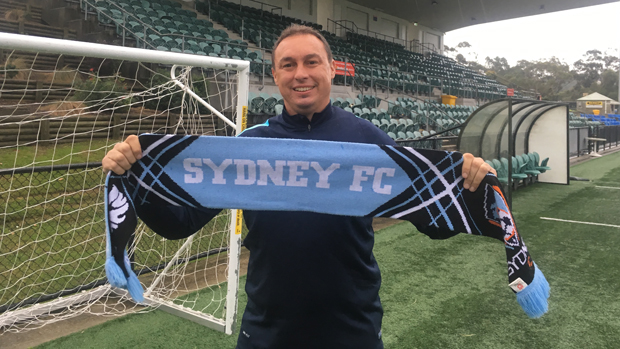 Juric believes the standard within the Westfield W-League is improving year on year and that New South Wales in particular has a lot to offer the women’s game.

“The quality of the W-League is definitely getting better and it’s giving some good young players an opportunity but I think we can improve a lot more,” he continued.

“The challenge is to be setting the benchmark for the W-League and I believe we can do that.  There is a lot of quality in New South Wales to tap into and to build with and move forward.

“Winning is my aim in whatever I do and winning silverware.  Clubs like Sydney FC are always looking to win and I’m in the same mindset.

“If we have a solid season we will bring a lot of good young players through and that would be great too.  It will be tough but it’s a challenge we’ll love.”

Juric will continue to build his squad in the next two months as he prepares for the Westfield W-League kick off later this year.