While Arsenal tickets are selling fast, those lucky fans that have already purchased their tickets are setting in motion plans for the hotly anticipated match day at ANZ Stadium in 2017.

A keen Arsenal supporter and 12 year Sydney FC Member, Keith Dawson has the foundations in place for his #ArsenalinSydney match day, with family and mates heavily involved.

“We took this same mate to the Tottenham game last year, the premise being that he would be obliged to cheer for Sydney as a true Arsenal fan. This time around loyalties may be a bit divided, but as it’s a friendly it’s all in good fun.

“I guess we’ll just be trying to get out there nice and early, soak up the atmosphere and grab dinner at the takeaway outlets outside the ground like we usually do and just make the most of the evening.” 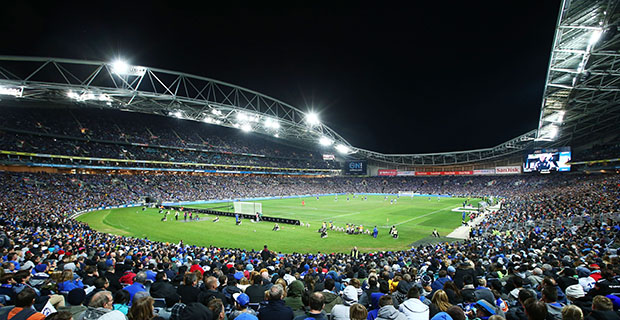 When your heroes come to town it’s only natural to seek out any opportunity for a happy snap or autograph, and Dawson said it would be quite the experience to meet the players or staff.

“With having a two year old at the game, it’s a bit hard to be mobile with that sort of stuff,” he said.

“But if we got to meet any players or Arsene Wenger who is an absolute legend of football, it would be amazing.”

To purchase your tickets to the Sky Blues blockbuster clash click here.