Sydney FC Head Coach Graham Arnold believes his Sky Blues squad have everything capable of becoming the Hyundai A-League’s invincibles and go through the season undefeated.

“Why not [go all season undefeated],” Arnold said.

“I showed the players some footage of Thierry Henry and his interview of the Arsenal invincibles and there’s no reason why we can’t.

“Our aim is to be the A-League invincibles and go through undefeated.

“Something that I’m big on is belief,” Arnold continued.

“It’s not only about having the belief in the players and each other, it’s about them having belief in what the coaching staff and club is doing as well. 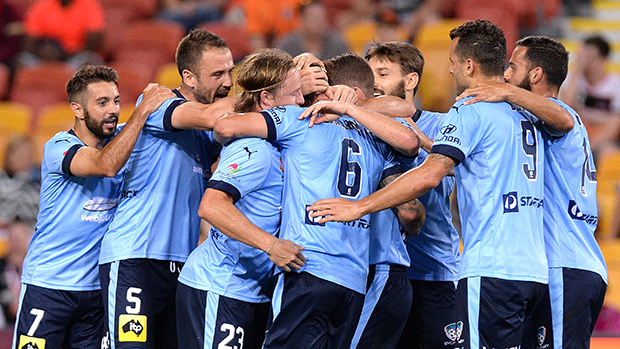 “The way that we’ve changed the style of game, pressing high up the field and increasing our fitness levels, when we go on the field we feel that we will run over any team.

“In my view we’ll keep winning. We’re a very strong squad, mentally we’re in a great position, the players have bought into what we’re doing

“We’re early in the season, again there’s a lot of improvement in this side, and we’ll continue to get better.”

Facing the bottom placed Reds at Allianz Stadium on Saturday night Arnold stressed the need for not becoming complacent as he urged his squad to bounce back from their 1-1 draw away against Brisbane Roar last Saturday.

“The boys were disappointed that we didn’t get the three points [against Brisbane],” he said.

“It was a game that we should have won but sometimes those things happen in football. I’ve said to the boys during the week that it was a very very good performance. 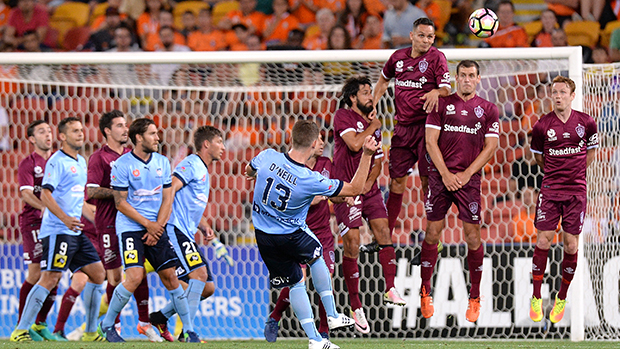 “There will be no complacency [against Adelaide], obviously the belief in the dressing room is that we’ll win the game but Adelaide definitely aren’t a bottom placed team.

“We have to have the right focus, the right mental preparation, the right tactical preparation. We know physically we’re in a great position and I believe we’re the fittest team in the country and we’ll use those attributes if need be.

“It’s about winning on Saturday, beating Adelaide here at Allianz in front of our home fans, our performances at home so far have been very very good, 3 games 10 goals and we’ve been entertaining our fans and we plan to continue that streak.”

Sydney FC take on the reigning Hyundai A-League Champions at Allianz Stadium on Saturday 26 November (kick off 7:50pm). Get your tickets today and be there to cheer your Sky Blues on at home.