Arnold Not Fazed By ANZ Move

Billed as an away game, Sydney FC Head Coach Graham Arnold said the Sky Blues are as much at home as the Western Sydney Wanderers at ANZ Stadium for Saturday’s round one clash.

Sydney FC have featured countless times at the national stadium, including billings against English Premier League giants Chelsea FC and Tottenham, and Arnold said this familiarity with the ground warrants Sydney FC’s claims to “own” it.

“ANZ is our stadium,” he said.

“We’re loaning the Wanderers our stadium for the game. We’ve played Chelsea, we’ve played Tottenham there, played Newcastle there last year too so it’s more our stadium than theirs.” 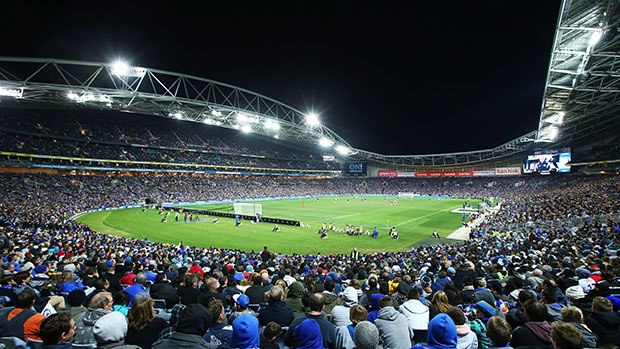 Pleased with the positive stats that surround his squad, Arnold is focussed on improving on those numbers that reflect glowingly in the Sky Blues favour ahead of Saturday’s Sydney Derby.

The Sky Blues are undefeated against a New South Wales team for the past two seasons and boast a seven match unbeaten streak against the Wanderers, however Arnold has also stressed the need for not dwelling too much on history.

“We haven’t lost a game to a New South Wales team including the Mariners and Newcastle.

“At the end of the day they’re great stats for Sydney FC but at the same time it’s history and we’ve got to look to the future.

“The future is Saturday night, it’s about implementing our game plan, making sure that everyone does their jobs and we’re ready for the occasion.

“The players, they’re going to be extremely motivated and they have to take that onto the field as well.”

Sydney FC have impressed during the pre-season, and Arnold said his biggest dilemma heading into the first game of the season was deciding on his starting lineup. 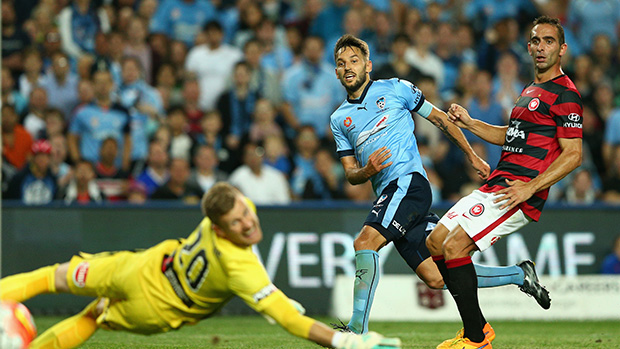 Arnold said the fact that the majority of his squad have featured in a Derby will play into their hands, while he said those that haven’t boast the experience necessary to not be overawed on Saturday.

“If we do have one little edge on them it will be that we’ve got players that have experience in a Sydney Derby, they’ve got 15 or 16 new players this year,” Arnold said.

“[Our new players] are all experienced players, they’ve all played in big games. Josh has played in Italy, Wilkinson has played overseas, national team and a World Cup and Bobô’s the same he’s come from big clubs so that won’t affect them at all.

“My biggest concern at the moment is the starting eleven,” he continued.

“I’ve got 15 or 16 players who have performed exceptionally well in pre-season and they’re competing for first team spots.

“We’ve got the 2 young boys away with the Young Socceroos and Calver is probably the only one who isn’t ready at this moment.”

Sydney FC take on the Western Sydney Wanderers in the Sydney Derby this Saturday at ANZ Stadium. Catch the match live on Fox Sports or follow @SydneyFC on Twitter for updates.