Sydney FC coach Graham Arnold has challenged his Hyundai A-League double-winning side to defend their championship next season after they overcame Melbourne Victory in Sunday’s 2017 Grand Final.

The Sky Blues needed penalties to eventually dispose of Victory at Allianz Stadium on Sunday after the game finished at 1-1 through 120 minutes, with Milos Ninkovic converting the decisive spot-kick for the home side.

While Victory lead in regulation time and edged ahead in the shootout as well, Sydney recovered twice – mirroring two come-from-behind wins over Kevin Muscat’s side in the regulation season – to add the championship trophy to their Premier’s Plate success.

Arnold insisted he remained calm when Besart Berisha fired the visitors in front in the first half, and when Sydney defender Alex Wilkinson was the first to miss his penalty.

“I just still believed that justice was going to happen, and we deserved it,” Arnold said at his post-match press conference.

Sydney broke a raft of records this season and claiming the championship cements them as the best team in A-League history in a single campaign. 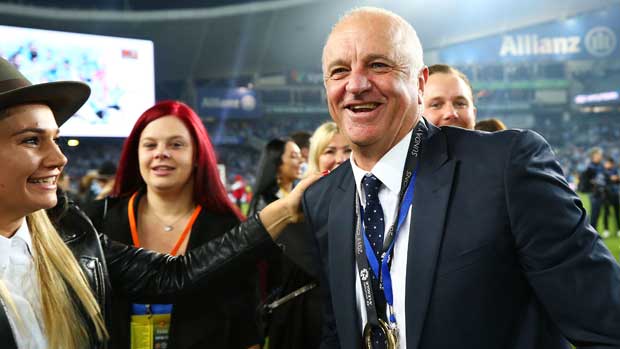 When asked what the Sky Blues can do in 2017-18, Arnold said: “Do it again next year. When you win the league by 17 points, you’ve got to be pretty confident [the next season].

“The thing is I’m never happy.

“Like, I’m happy that we’ve done everything but next year I need to raise the standards even more.

In a very physical contest, Victory had the better of the first half and Arnold claimed his team strayed from his preferred style before the main interval.

“Once I got them in at half-time, we just talked about being brave to play,” he said. 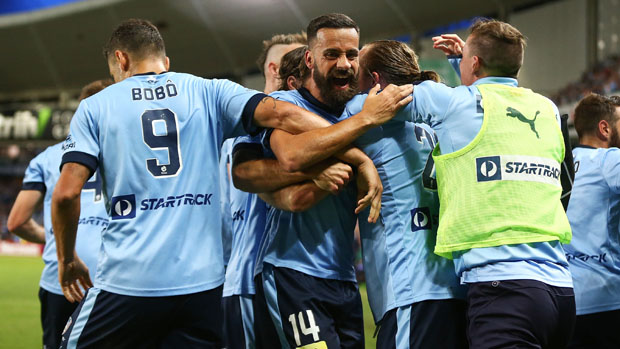 “You know, I thought first half we didn’t play our way. We ended up playing a game of kick-and-rush and fighting for the second ball, and when you have the quality of players like Ninkovic and [Alex] Brosque – that’s not their type of game.

Arnold was clearly happy but also relieved to have secured a championship many had considered a fait accompli for the Harbour City club.

The 53-year-old, who has now won two A-League premierships and two championships, called for more recognition of the former title after Victory went so close to an upset in the final match of the campaign.

“We know how the Australian model works. I think the fact that we’ve won the league by 17 points and so convincingly that it’s created debate, whether the premiership needs to be rewarded even more,” he said.

“You know, the premiership – you win it and you don’t get a medal, you don’t get nothing [except for the Premier’s Plate]. It’s like you’ve played 27 rounds for nothing.

“The Australian way is all about the grand final, that’s the main thing and it was good just to finish it off.”