Sydney FC Head Coach Graham Arnold has revealed man management has been a key to the Sky Blues undefeated start to the Hyundai A-League 2016/17 season.

Arnold said he routinely sounds out fellow coaches in various sports for advice and tips while admitting if his leadership falters so does that of the playing group, as he said belief within his current crop of players is as high as it’s ever been.

“For me the biggest change [to last season] is in myself,” Arnold said.

“The ball might be a different shape and the rules might be different and tactics different but the biggest thing now is how you manage people and get the best out of people.

“Every time we go on the field we play to win, we expect to win,” Arnold continued. 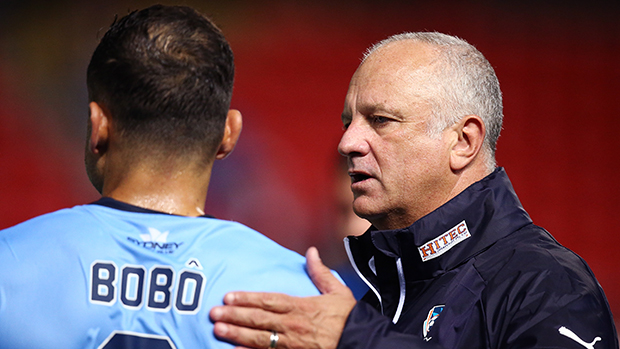 “You have to go out there with the right fight, the right attitude, because 60 to 70 percent of A-League games are won on the fight and the passion and we’ve done that exceptionally well.

While Michael Zullo is suspended for Friday night’s clash away against Brisbane Roar (kick off 7:50pm AEDT), Arnold said he’s spoilt for choice at who to select to fill the void.

The Sky Blues boss said he expects the confidence within the playing group to play a crucial role in Friday night’s clash, especially following their hard fought win over Melbourne on Australia Day.

“It’s one in one out, as we showed last week we’ve got plenty of depth and cover and it [the suspension] doesn’t bother me one bit,” Arnold said.

“The most important thing is that we perform to the best of our ability. I’ve got David Carney who’s played 46 times in the national team at left back, I’ve got Rhyan Grant who can play left back and Calver can stay at right back so our options are very good. 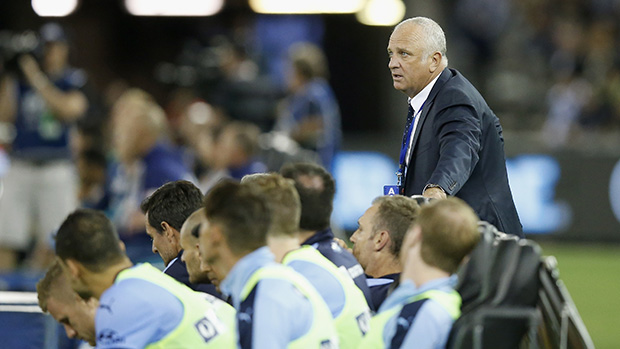 “Everyone is top fit. We’ve trained them hard this week, we had an 8 day turnaround from Melbourne to the Brisbane game.

“We’ve worked them extremely hard because I wasn’t that enthusiastic about our performance in Melbourne. I thought that what we needed to do we got done to win the game but this week is a different challenge up in Brisbane and we’re looking forward to it.

“Against Melbourne it was a game in the middle of the park. It was a dogfight and we won the dogfight. Our football performance wasn’t to our standards in keeping the ball and creating our own chances and playing the way we want to play.

“It’s about us going up there with the siege mentality of us against the rest and making sure we put in our best performance and I do believe we are in a great mental state, our confidence is extremely high and we’re going up there expecting to win the game.

“We know that on our day, and our day has been good for a long time, that we’ve got what it needs to win the game.”