Sydney FC Head Coach Graham Arnold is embracing his side’s Westfield FFA Cup Quarter-Final draw as the Sky Blues side face their foe from the Cup Final of 2016.

NO FEARS IN FACING DEFENDING CHAMPS

In a repeat of last year’s Final, Arnold’s Sydney FC will meet cup holders Melbourne City in the last eight. 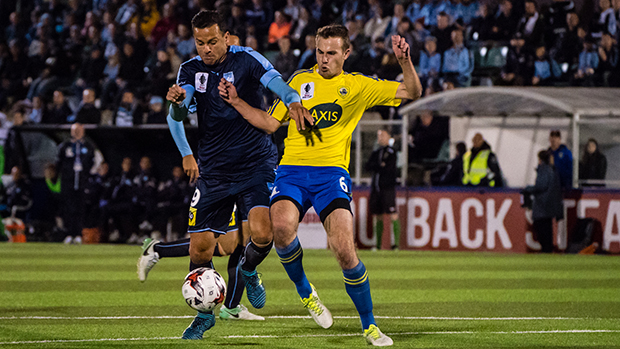 “We’re very happy,” Arnold told Fox Sports after the draw was made.

“So far we’ve had a couple of State League teams.

“For preparation for the start of the [Hyundai A-League] competition, it’s great to get another A-League team,” he said.

After watching his side cruise past Bankstown Berries 3-0 on the artificial surface at Sydney United Sports Centre, the Sky Blues boss also welcomed a rare home draw.

“I think it’s the second time we’ve played at home in about 16 games,” he said.