Contesting the fixture as both the Melbourne Derby and the Big Blue between 2016 and now, during his time with Melbourne City and in Sky Blue the midfielder has tasted defeat in the fixture only once in 11 clashes.

The Sky Blue star said it’s a statistic he draws comfort from, and one he’ll be utilizing in the build up to Wednesday’s encounter at Netstrata Jubilee Stadium.

“Obviously to come out on top more often than not against a big club is always good. I personally enjoy the bigger games and I feel I tend to lift more for these types of derbies.

“Knowing the odds are on my side is great and hopefully it’ll continue that way.

“Our recent results in these derbies have been quite good and I know it means a lot to our Members and fans.

“It’s now up to ourselves to continue our form in this fixture, have another win and have a good run at the end of the season.” 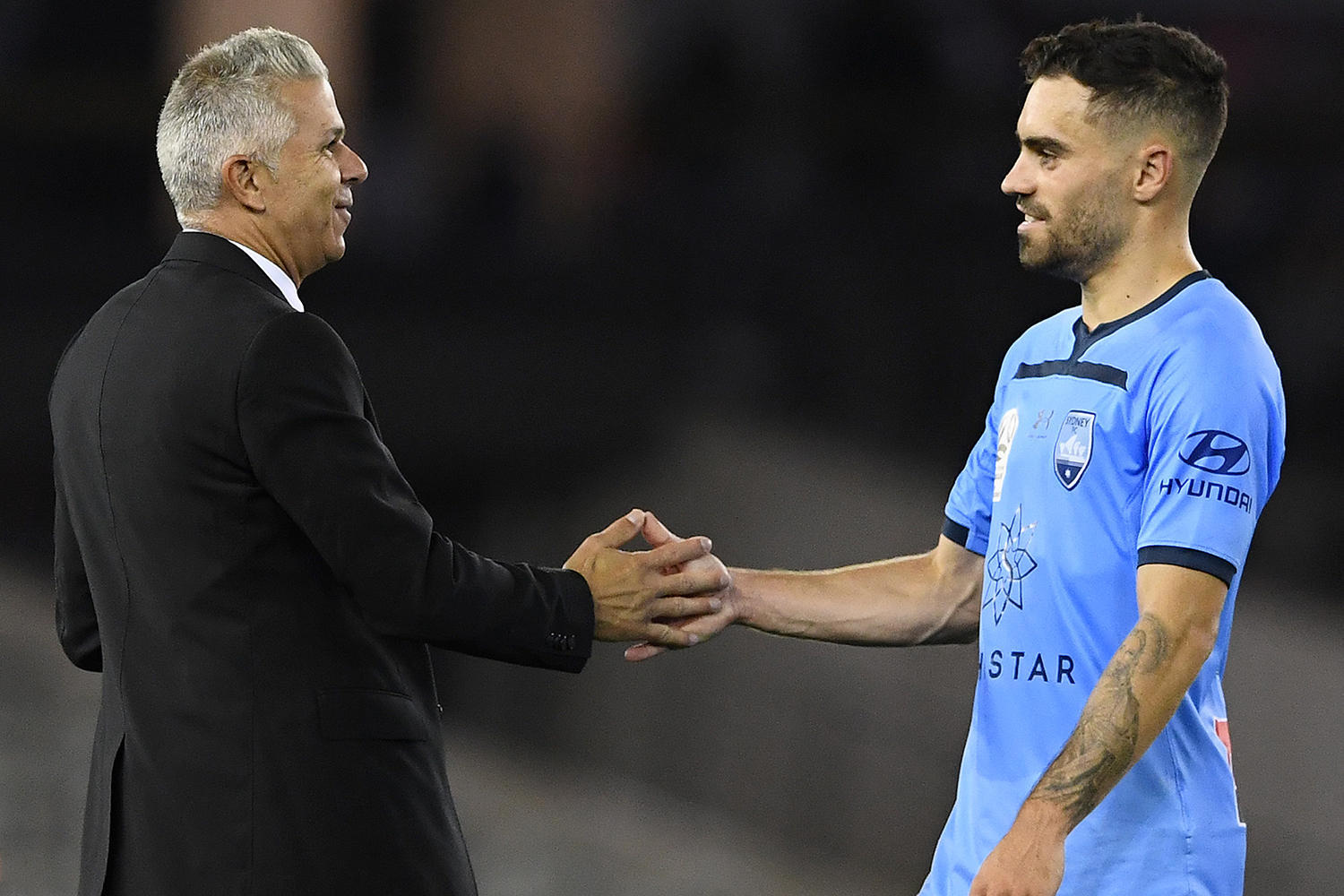 Fueling his Big Blue hunger further, Caceres conceded one of his finest moments in Sky Blue occurred in last season’s away clash that ended in a 4-1 win.

Picking the ball up in space on the right, Caceres drove towards the top of the box and unleashed an unstoppable left footed strike into the top corner for his first A-League goal for Sydney FC.

“At the end of the day it is just another game of football and it’s about what you do throughout the year that leads to moments like that goal [against Melbourne Victory in our 4-1 win],” he said.

“I’m happy that goal came in a Big Blue, it’s one of my best memories in a Sydney FC shirt and hopefully there’s more moments like that to come.

“You tend to lift for the big occasions and big games and hopefully we do the same next Wednesday.

“It’s been a good season for myself,” he continued.

“I think we know what we’re capable of and know at any given moment results will turn.

“As long as we keep doing the right things, keep the energy high and stay positive then I think we’ll be right. The key part of the year is still yet to be played and we’ll attack it head on.”

Sydney FC are back in Big Blue action on Wednesday night at Netstrata Jubilee Stadium (kick off 7pm AEST). Book your seats now and be there to back your Sky Blues in this huge midweek encounter.