Ambitious Youngster Girdwoood-Reich Making His Mark In The NPL

The young gun made the step up to the Men’s competition after impressing in Sydney FC’s premiership-winning Under 20s squad in 2020, and despite his youth, has seamlessly transitioned to the men’s competition in 2021.

While some results haven’t gone the way Sydney FC would have hoped for, there are plenty of positives for Girdwood-Reich to take away from his first season playing Men’s football.

“Obviously being near the bottom of the table is disappointing for the players and coaches, however, in some games we have shown that we can compete with the best teams in the competition and have shown that we have talented young players,” he explained.

“It is a great opportunity for young players to be playing in the men’s league against some ex-A-League and International players.

“Hopefully we can build on our performance of the last few games and show our quality in the final games of the season and gain as many points on the board as we can.”

After being named in the Joeys Under-15 squad in 2019, a group commencing the path towards the FIFA U-17 World Cup in 2021, the Coronavirus pandemic has been disappointing for Girdwood-Reich, however, the opportunities he has been given by Sydney FC have helped soften the blow of missing out on representing Australia again.

“I feel like I have had a good breakout season in the NPL this year.

“Head Coach Jimmy Van Weeren and Assistant Coach Howie Forndyke and Technical Director Kelly Cross have given me confidence to perform in my first season of the NPL NSW Men’s competition.

“The quality of training in the Senior Academy and the way they play the same system as the A-League has helped me a lot in my game, and also made it easier when I’ve had some recent opportunities of training with the A-League team.

“These opportunities have helped to focus me away from the disappointment of the cancellation of Joeys Asian Cup last year and the possibility of going to the Under 17 FIFA World Cup this year, due to the COVID-19 pandemic.” 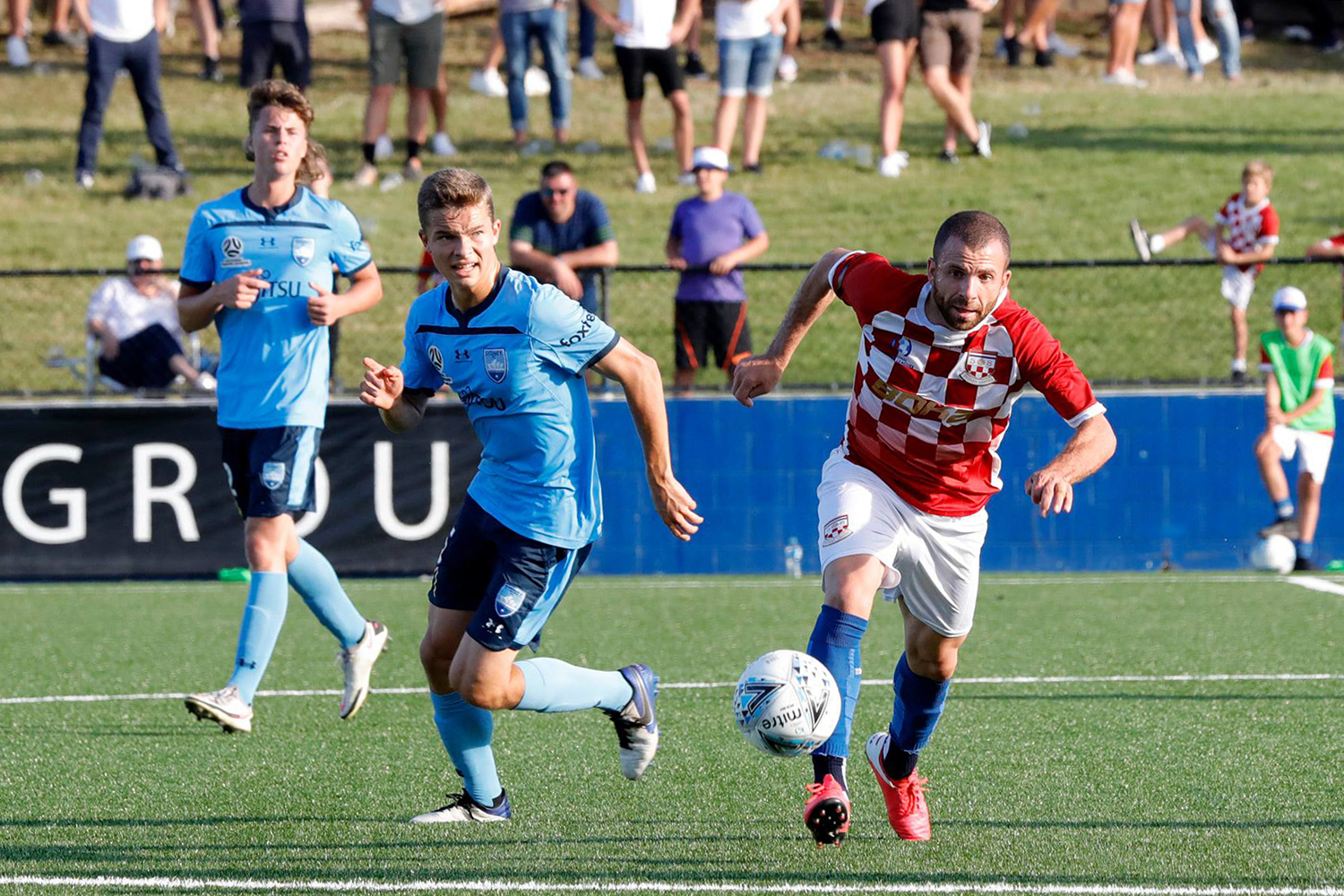 While the current stay-at-home restrictions have stopped football completely, Girdwood-Reich is trying to make the most of his time off.

“Obviously we can’t train as a team at the moment, but our Strength and Conditioning Coach has sent us training sessions to keep up our fitness, such as running and ball work, and has had Zoom calls to see how we are going and to show us the strength routines for the gym work.

“It’s hard that gyms are closed but we have adapted, using these sessions.

“I really miss the regular training and games, but at least I have been doing these sessions regularly to keep up my fitness but can’t wait to get back on the field.”

The year 11 student is a member of Sydney FC’s Academy Schools Program and Endeavour Sports High School, and has been enjoying some time to relax during the school holidays, spend time with family and enjoy watching some high-calibre football in the Euros and Copa America tournaments.

“If it’s not football training, I have been jumping on Xbox with friends to play FIFA, catching up with movies on Netflix and of course watching the Euros and the Copa America.

“With school holidays it is a time to relax a bit and although we can’t catch up in person with friends, we can keep in touch on social media.

“In the Euros, unfortunately, my two nations, Scotland and Germany, have been knocked out but it has been so great to have the time to be able to watch all the games and so many of the best players in the world competing for their nation.

“Certainly, the team to watch for me has been Italy because of their passion and exciting football.

“It’s been good to spend more time with my family during lockdown, as usually I’m really busy with football and school.

“It’s been hard not seeing the boys from Sydney FC as I’m used to seeing them 4-5 days per week and although obviously not the same, at least we are keeping in touch through a group chat.”

The ambitious youngster is eager to get back on the pitch when the competition restarts and continue to show his potential to the football community.

“The main focus is to help the team turn losses and draws into much-needed wins to finish the NPL season as best we can.

“I will keep on training hard so I can give my best performances and keep working towards my goal of being a professional footballer.”