All Eyes On Home Record – Grant

Sydney FC star Rhyan Grant said he’s expecting no let up in the fiery nature of the #SydneyDerby as the cross-town rivalry comes to Netstrata Jubilee Stadium on Saturday (kick off 5pm).

Grant, a perennial target in previous derbies, said he wasn’t out for any personal revenge as he said he’s still as excited as ever for the clash having featured in 16 previous derbies.

“I’ve played in a handful now and that makes it easier on the prep but at the same time it’s still exciting, still such a big lead up,” Grant said.

“I don’t have any personal revenge but obviously revenge with how the result ended up.

“We definitely want to make sure we get the win and keep our record going at the moment.

“We want to win every game, especially these ones, when it comes down to it we always want to get the three points but it’s always sweeter against the Wanderers.

“It’s the way it goes, it’s how I am, I like to get stuck in and their crowd and some of their players don’t enjoy it but it’s just another footy game everyone wants to be a part of,” he continued.

“It does get a bit fiery but that adds to the atmosphere and adds to the game with that extra spice and I’m sure it’ll be the same this weekend.” 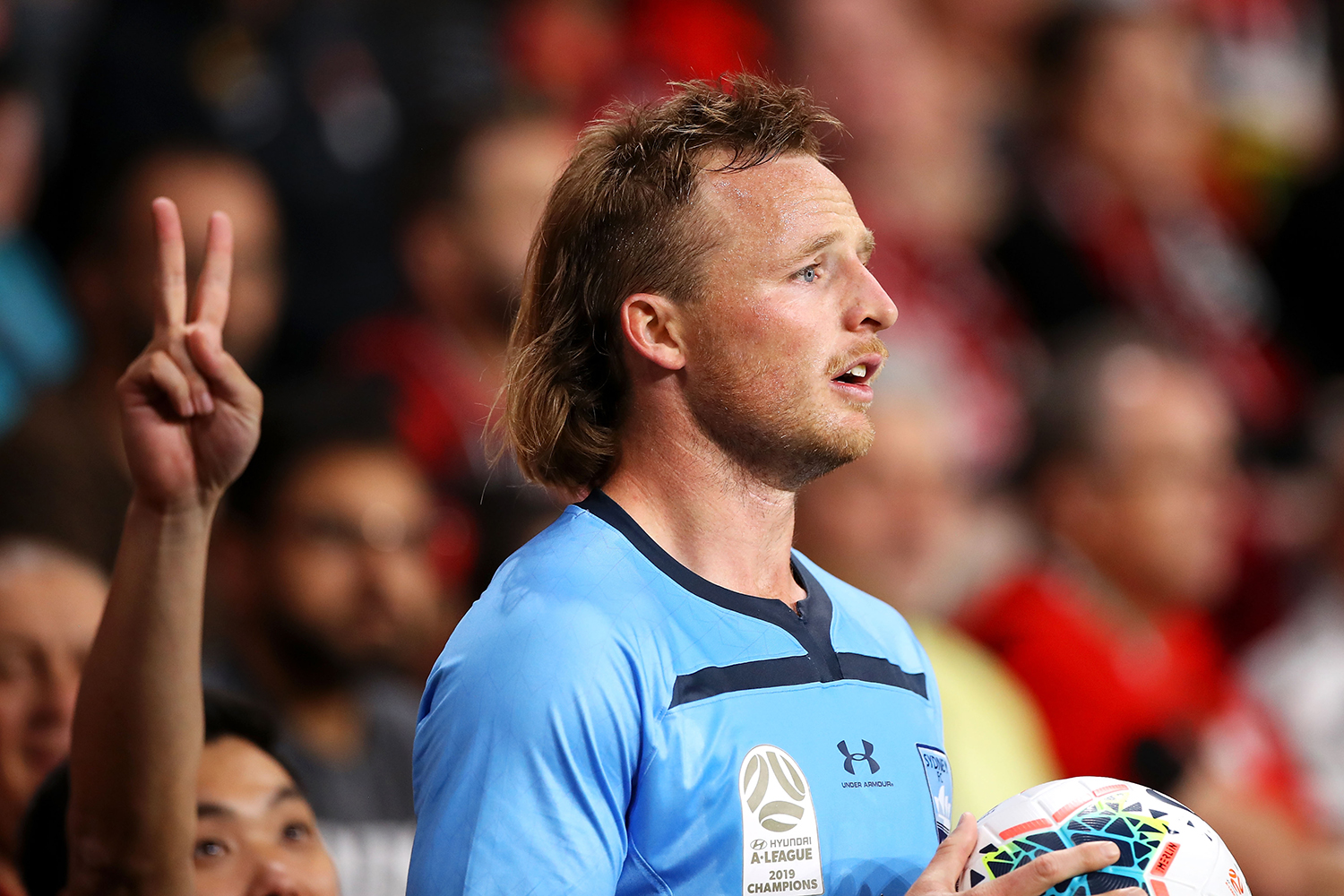 Being the club’s only home derby for the 2019/20 season, Grant said he’s expecting an atmosphere like no other, with tickets selling fast in the lead up to the clash.

The Sky Blues are undefeated in their last 13 Hyundai A-League games (including Finals Series) at Netstrata Jubilee Stadium, and the Socceroos defender is expecting that record to play in the squad’s favour come Saturday.

“Jubilee is a great stadium and we’ve got a good record there,” he said.

“Everything is falling into place for us this weekend so it’ll be good for the fans and it’ll be packed out so another great atmosphere.

“These games are always huge and the atmosphere is always good, but being at good little stadium like Kogarah is, quite a boutique stadium, it’s going to be even better.

“Our fans have come out in numbers all year so it’ll be no different this weekend. With the rivalry it’s going to be even better, as a player you always look forward to these games, especially the atmosphere.

“It’s an impressive record. I think it’s just being comfortable, it always makes a difference playing at home and our fans add a lot to that. Knowing the ground quite well now adds up and puts us in good stead.

“You definitely want to have that one over them,” he continued.

“We’ve got such a good record so you almost come to expect it [a win]. In saying that we lost the last one so it’s going to be even sweeter to get the win this weekend.

“We’re confident we can do that, it’s always great to beat them, especially a big rival, it’s a great feeling.”

Sydney FC are back in action this Saturday 8th February in the #SydneyDerby at Netstrata Jubilee Stadium (kick off 5pm AEDT) brought to you by McDonalds.