All About Us Winning – Arnold

Sydney FC Head Coach Graham Arnold has shook off suggestions of any complacency heading into the Finals Series after securing the Premiers Plate last weekend, saying its all about winning and chasing history.

Although thoroughly impressed with the outstanding achievement of his squad, Arnold said that he remains focused on winning, heading into the final three rounds of the competition, with a place in the history books at stake.

“It’s a great achievement, but at the end of the day it’s about driving forward and performing better every week. You know we’ve got history to chase,” Arnold said.

With records breaking all over the place, a win against Melbourne City on the weekend would put Sydney FC into un-matched territory, setting a new record for the most wins in an A-League season [19] surpassing the current record [18] held by the Wanderers in season 2012/13.”

When asked if there were any concerns facing Melbourne City on Saturday night, Arnold spoke about remaining focused on his side’s ability, and his squad playing at their best come Saturday.

“It’s not our problem or issue where Melbourne City are sitting,” Arnold said.

“If we can do that, we’re not bothered with what the opposition do. It’s about us winning and I expect us to win on Saturday night.” 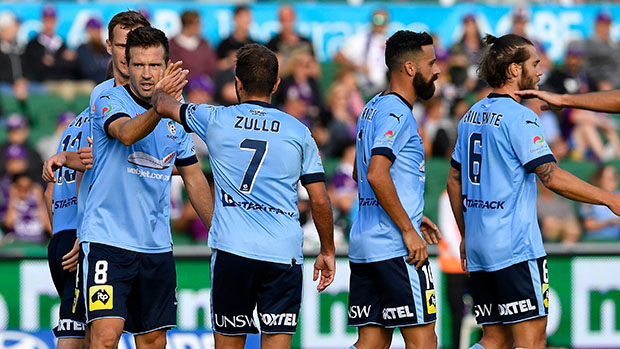 Sydney FC will receive a massive boost ahead of their clash with Melbourne City this weekend as they welcome back in-form goalkeeper Danny Vukovic and defender Ryhan Grant, returning from international duty with the Socceroos.

The Sky Blues’ boss said the inclusion of the duo was a huge positive, and also gives him rotation options in terms of squad selection heading into the Finals.

“It’s a good headache to have with Rhyan [Rhyan Grant] and Danny [Danny Vukovic] back. Andrew Redmayne performed great last week and Josh Brilliante, which just shows you the depth that we’ve got in the squad. We lose two players in the actual team, and our squad was still extremely strong,” he said.

With the Premiers Plate already locked in, and a chance to break more records, expect Sydney FC to come out firing and ready to win come Saturday night.