We caught up with Sydney FC Captain Alex Brosque to get his thoughts on Sunday’s Grand Final, and how much he’s looking forward to the decider at Allianz Stadium.

Melbourne in a Grand Final again, it’s starting to become a habit isn’t it?

It’s good [facing Melbourne again], they’re obviously a big rival of ours and something that’d been built up over many years so to be able to play them again is always a special feeling.

Played them in 2010 and 2015, how do you utilise those memories heading into Sunday?

They’re always different [the past games], you can only draw on your experiences really because nothing else will matter. Regardless of what we did in 2010, regardless of what they did five years later there’s a new chapter to be written. With this group of boys I’m very very confident we’ll write a special piece in history this weekend.

You made a clean sweep of them in the regular season, how confident are you of making it four?

Yeah definitely. We’re very confident, I think as much as they’ll try and play it down and how it’s a one off game and those three games don’t matter, every single one of those games was a high pressure game. They were at pivotal points for both teams in the season and the fact we won all three, under pressure, twice away from home, will have us in a good way come this weekend.

How much will those three defeats play on their mind?

It’ll definitely be on their mind, in particular the last game. The one game we did play at home I think we completely dominated. We had 19 shots to four, we controlled that game very well. They’ll do a lot of analysis [this week] and when they do they’ll be quickly reminded about all three of those games.

You’ve led the boys into a Grand Final before, what, if anything, do you say to the squad heading into it?

Not too much to be honest because Arnie has said a lot already. Basically we just have to enjoy this week, we’ve prepared all year, all 10 clubs were fighting to be here on this very day and to be holding the trophy. We’re fortunate enough to be in the position to do so, so we just have to enjoy the week, embrace everything that comes with it and just keep doing what we’ve been doing. 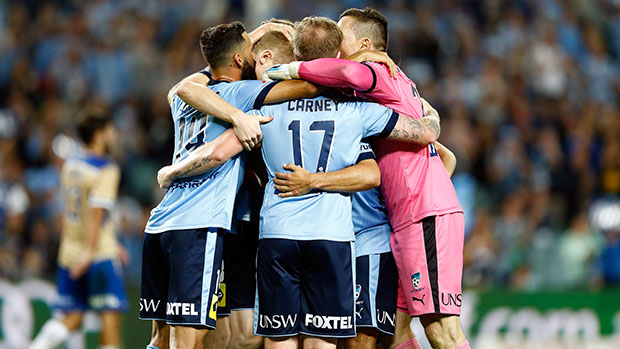 Home Grand Final, how special will it be to play in front of family, friends and the Sydney FC Members and fans?

It’ll be very special. It’s the first home Grand Final that I’ve played in for Sydney FC , and who knows if I’ll get the opportunity to do it again. It’ll be very special, something I’ll never forget, and I’m looking forward to this weekend definitely being a good memory.