Brosque is the first Australian footballer, and first from the Asian region to join the growing movement that has professional players pledging to donate at least 1% of their salaries to high-impact football charities.

Spaniard Mata kicked-off the movement in August by making the pledge himself and challenging his peers to do likewise.

“I’ve always felt that, as footballers, we have quite a unique capacity to drive positive change,” explained Brosque.

“Football is far and away the most popular sport on the planet and collectively our actions have the potential to set an example for many others to follow.

“What drew me to Common Goal was the idea of uniting different players from all over the world behind a shared commitment to give back. It’s not hard to see how this could really take off and inspire a new culture of giving not only from footballers but also the broader football community.”

Brosque has served as an ambassador for Sydney FC’s Charitable Partner Football United since 2009. 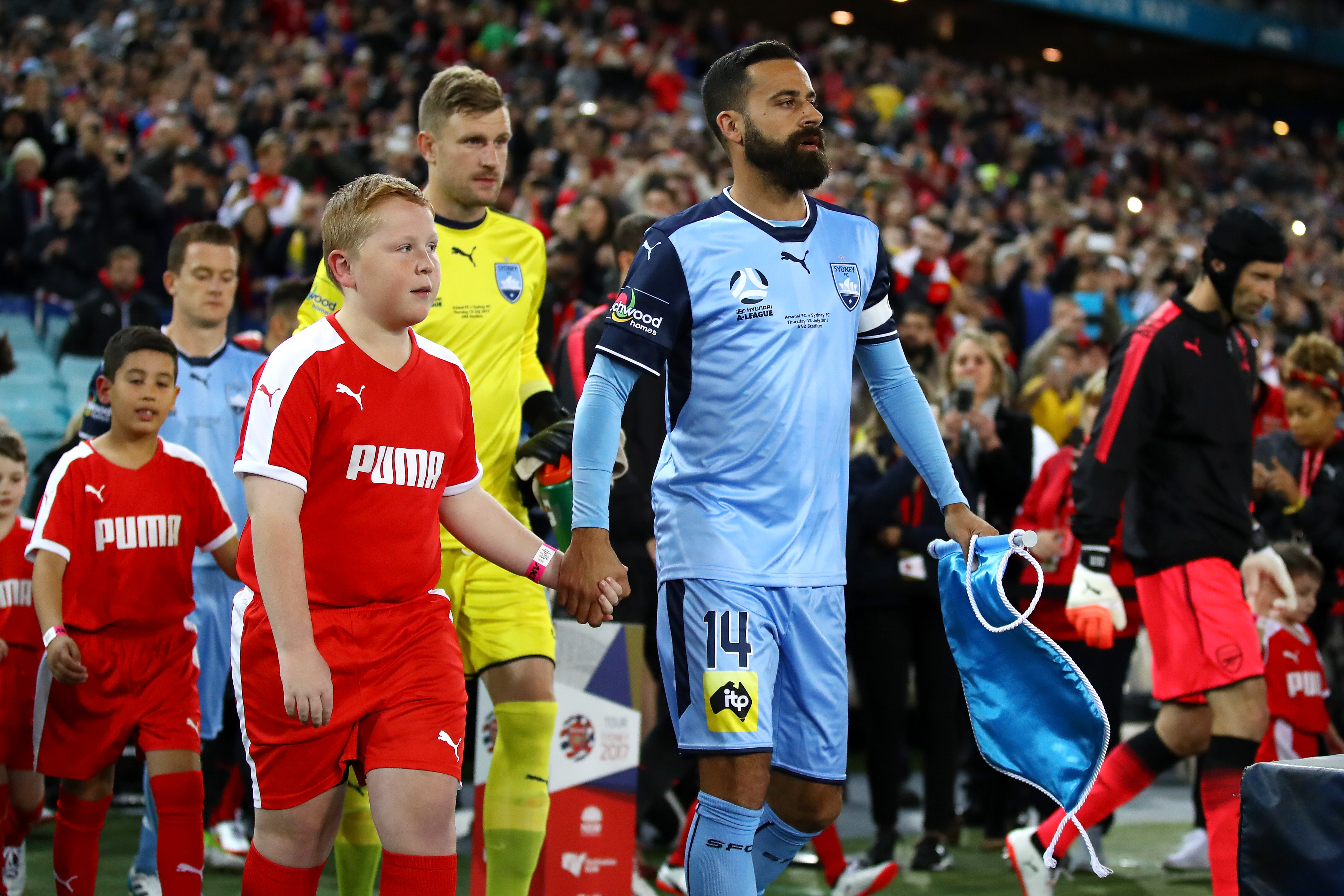 By joining Common Goal, he says he hopes to help raise awareness of the impact that football charities are creating around the world.

“The work of Football United has opened my eyes to the power that football has to transform the lives of people, particularly young people, less fortunate than us,” he continued.

“It can bring people together from all walks of life, teach them valuable life lessons and provide them with a shared sense of belonging.”

Mata called Brosque an excellent addition to the Common Goal team and said he was thrilled to have the 34-year-old lead the movement forward on Australian soil.

“For more than a decade, Alex has led by example both on and off the pitch. He’s an excellent addition to the team and we couldn’t have hoped for a better player to bring Common Goal down under for the first time.”

Common Goal is the creation of streetfootballworld, an award-winning NGO that supports more than 120 football charities around the world. Brosque’s donations will support Football United, which uses the game to empower young people in diverse communities across Australia and Myanmar.

Common Goal is a creation of streetfootballworld, the international leader in football for good. Over the past 15 years, the organisation has assembled a global network of more 120 local charities that use football as a tool to tackle social issues ranging from gender equality in India to peacebuilding in Colombia to refugee integration in Germany.

streetfootballworld will support Common Goal’s members by aligning their donations with football charities that generate the greatest impact around the world.