This Saturday at home to Newcastle Jets, Captain and Sky Blues’ legend Alex Brosque will break the all time appearance record for the club.

Ahead of this momentous milestone, we asked ‘Brosquey’ to look back on his time at the club.

Q: 179 appearances for Sydney after this weekend, do you have a favourite out of the bunch so far?

A: I’d say my first Sydney Derby is a standout. Being away for first couple of years it had been going on, it was a great to experience it first hand and scoring the winner in that game is a great memory of mine. Both Grand Finals as well stand out obviously.

Q: Out of all the talents that have graced the Sydney FC dressing room, who do you rate amongst the best?

A: Good question! Juninho, Ninkovic, Steve Corica were all great players on the technical side of things. In terms of passion, I can’t think of anyone better than Terry McFlynn. There wasn’t a single tackle he didn’t put his whole of himself into.

Q: How hard was it to leave the club for the great opportunity overseas when it came calling and what did it feel like coming back in 2014?

A: It was very tough leaving. Looking back, it was the right time for the great opportunity and to try something different. The club and I both didn’t want to part ways but it honestly had to happen at the time. It was all the more easy to come back given this and the club was great. Coming back to Allianz and seeing the boys again, it felt like I’d come home.

Q: Who’s been the biggest personality or joker over your time at the club?

A: David Carney and Terry McFlynn – always up for a laugh and no matter what they managed to keep everyone happy and laughing. Two great guys and mates of mine.

Q; So many of the Sydney faithful have you as their favourite but possibly no great than the late William ‘DoggaDog’ Dura. What was it like paying tribute to such a loyal fan and standing in ‘The Cove’?

A: Nice moment and an honour for me. At the time, I was playing overseas and was home for a while. The club and his family requested it and I wanted to pay my respect in any small way I could. As emotional as it was, it was a great experience. To see the players coming over as I stood in ‘The Cove’ was something I’ll never forget. 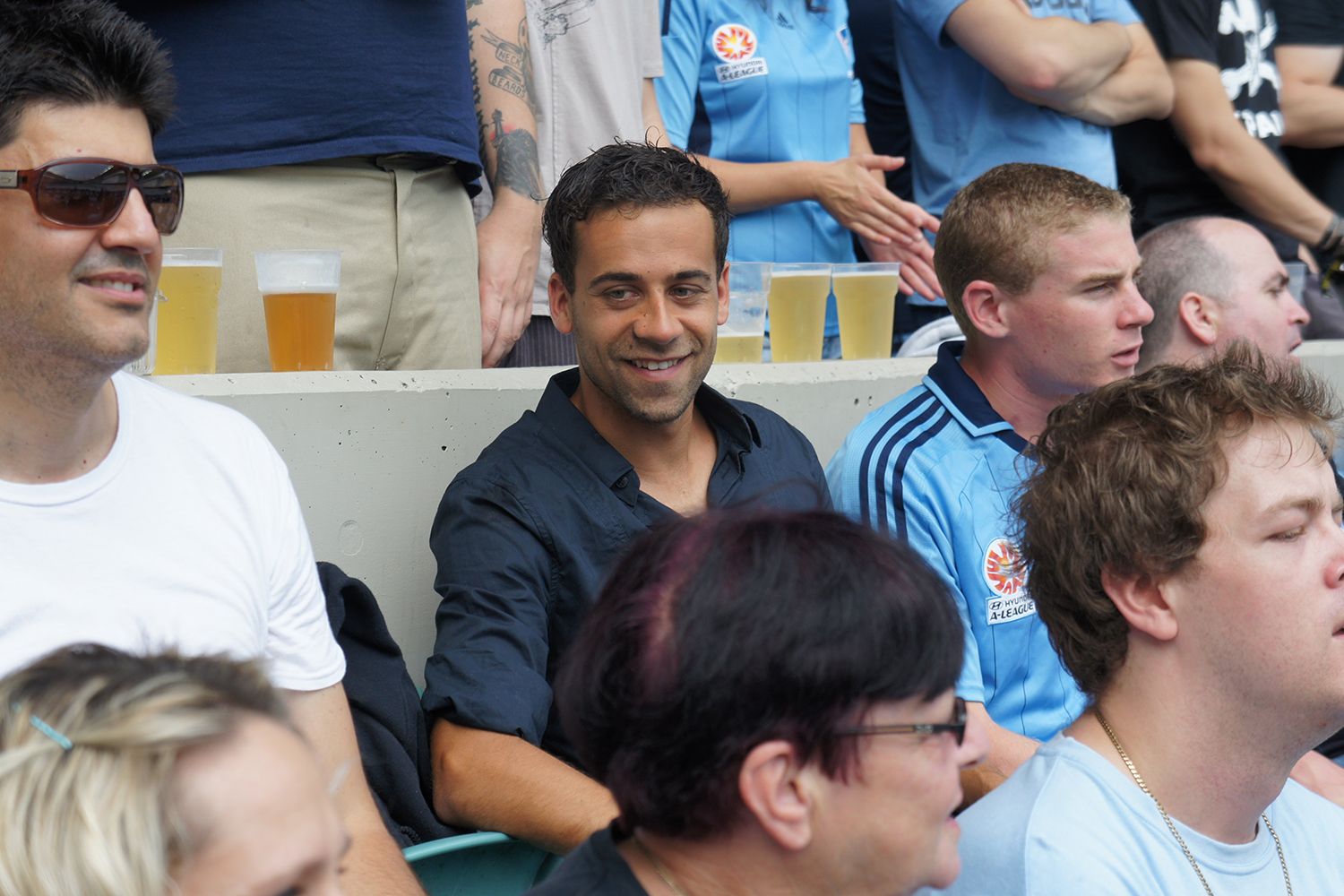 Q: ‘Brosque will tear you apart’ has been sung aloud more than a few times by The Cove over your two stints at the club, do you have a favourite goal?

A: Derby day goal again sticks out. It wasn’t a particularly great goal but what it meant and what it felt like, will always be special. Scoring two in the semi against Adelaide back in 2015 was another one – in particular the back heel which if im honest, I was lucky to pull off.

Q: You played a major part in both our double triumphs back in 2010 and 2017, what does it mean to win silverware for the club?

A: That’s why you play, to win trophies. What adds a little extra to it is that it’s the club I have an attachment to like no other. Being so connected to Sydney and the fans and makes be successful and winning trophies all the more special for a player.

Be at Allianz Stadium this Saturday for Alex Brosque’s record breaking Hyundai A-League appearance and be one of the first 5,000 through the gates to pick up your commemorative Alex Brosque Beard! Get your tickets today and be there to back your Sky Blues!