The former Premier League marksman returns to the Harbour City to form arguably the most lethal strike force in A-League history.

Le Fondre and fellow Sky Blues frontman Bobô are two of the top three most prolific strikers the A-League has ever seen, in terms of goals per game, while the Englishman will also join forces again with Kosta Barbarouses who sits sixth on the A-League’s all-time goal-scoring charts.

“This club and this city had an enormous impact on me and my family during my time here and I’m so pleased to be coming back,” said Le Fondre.

“It’s like I’m coming home and to know I have signed for even longer than last time is a fantastic feeling.

“I’ve watched all of our games this season and the boys have been doing well.

“I’m looking forward to helping them step it up again and we’ll be firing on all cylinders in the back half of the season.” 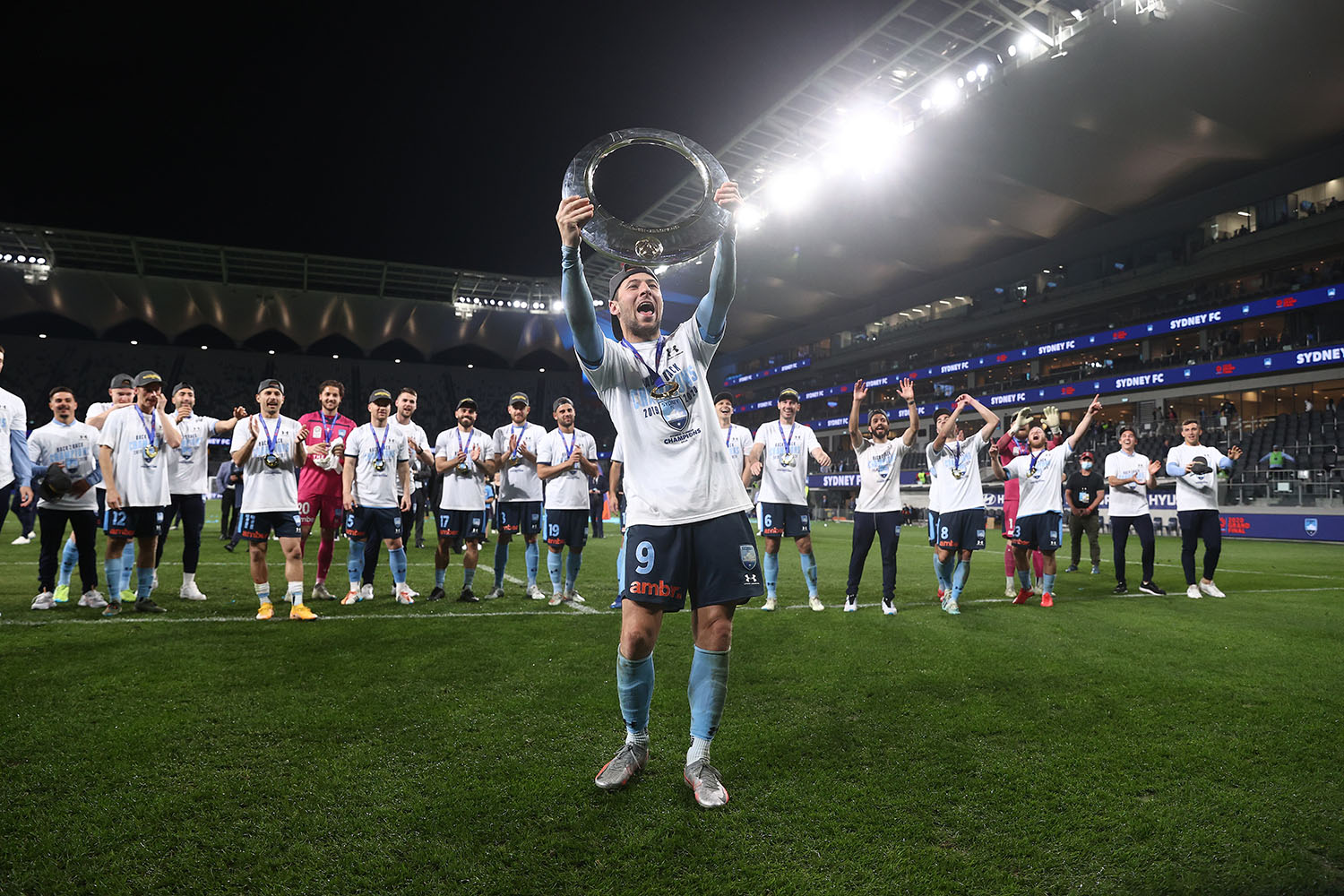 Le Fondre won the Sky Blues Golden Boot the past two seasons, as well as two Championships and the Premiers Plate, and Head Coach Steve Corica is delighted to be able to bring him back.

“Adam did a fantastic job for us over the last two years and I’ve no doubt he will do it again,” he said.

“He will give us another huge threat up front, on top of the fabulous players we already have here.  It will be one more thing for the opposition defenders to worry about.

“I’m looking forward to watching how he works with our other strikers and it’s going to make the race for the club’s Golden Boot even more interesting.”

Le Fondre will arrive in Sydney tonight and complete mandatory 14 days quarantine before joining his team-mates.

Le Fondre’s record speaks for itself with 45 goals in 68 appearances for the Sky Blues at an average of 0.66 goals per game.

The Englishman will be available for the Sky Blues closing games of Season 2020/21, including a massive Sydney Derby at the SCG and a Wednesday night Big Blue at Netstrata Jubilee Stadium. Click here for our remaining fixtures.