Make no mistake, says Asian football expert @JohnnyDuerden, there is plenty on the line for both sides as Sydney FC eye top spot in the group against Scolari’s beleaguered Chinese Super League outfit on Tuesday night.

Sydney FC ‘s trip to Guangzhou Evergrande on Tuesday may be a dead rubber for both teams–though for very different reasons –but the final Group H game in the 2016 AFC Champions League could be a very intriguing one. And important.

Coach Luiz Felipe Scolari is under pressure. One leading Chinese football writer said last week that his position at the club was ‘precarious’.

It is all down to the fact that the Southern China Tigers were eliminated from the continental competition with one game remaining.

The holders were hoping to make it three from four in Asia. Instead, they now have to concentrate on making it six from six in the Chinese Super League.

Much of it is down to Sydney’s famous win over the star-studded Reds on Matchday Two.

After a goalless draw at home to Pohang Steelers on the opening day, it left Scolari and his men in a tough situation. 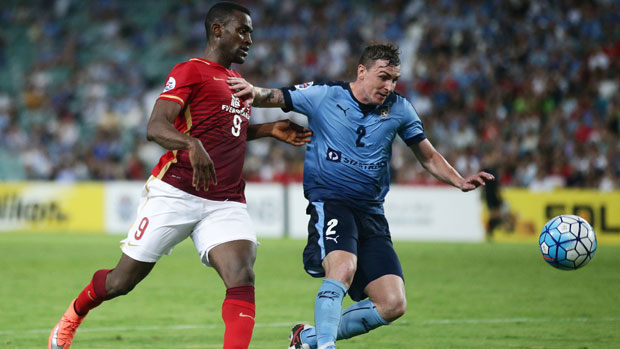 And then a loss in Japan left it out of Chinese hands and despite a win at Pohang Steelers, it was too little too late for the Southern Chinese Tigers. Guangzhou was out.

Scolari has been criticised in China for sticking with the same old players week in, week out and not giving what is regarded as a talented group of youngsters chances to shine.

It was striking that the win in Pohang came with veteran midfielder Zheng Zhi suspended and star striker Jackson Martinez injured.

Xu Xin came in for the captain and looked very composed indeed. Li Yuanyi, also 22, is another one to watch.

Brazilian midfielder Alan was not registered for the Champions League and it is rumoured that his relationship with the boss is frosty.

He played at the weekend however and shone in a 2-1 win at home to Shanghai Shenhua, scoring twice with one beauty of a curler from outside the area. 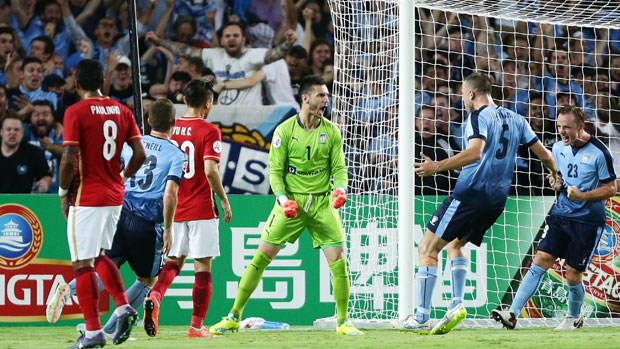 The three points keeps the five-time champion on top of the table.

It should then be a committed, if slightly younger than usual, Guangzhou team and while Scolari’s priority is now winning league title number six, another defeat in Asia would not go down well.

But, and this is not a sentence anyone would have been expecting when the draw was made, Sydney don’t need to be concerned with Guangzhou.

Graham Arnold’s men have their eyes on top spot.

The coach has already said that it would be preferable to play Shandong Luneng in the second round rather than Group F winners FC Seoul.

Seoul has been the most impressive performer in the entire tournament so far. The Koreans’ 4-1 dismantling of Japanese champion Sanfrecce Hiroshima after going a goal behind was one of the best 45 minutes or so seen in Asia for years.

The 2013 finalist, who lost to Guangzhou then and bored the entire continent in the 2015 competition, has scored 16 goals so far with Brazilian hotshot Adriano getting nine. Seoul is confident, playing well and carry a serious attacking threat.

With Urawa likely to defeat the already-eliminated second-string Pohang team in Japan, Sydney will need to take three points in China to be sure of top spot.

To do so in a tough group would be a great achievement in its own right but it also makes the path to the quarterfinals a little easier.