It was a family reconnection through Sydney FC that led to one of the ultimate birthday surprises for lucky Sky Blue Member Barry Ward who turned 59 last week.

“After a period of me living abroad and away from the family, when I returned Dad and I really re-connected through a Sydney FC Membership and this recent golden era,” Benjamin said.

“It was great to see the A-League and Sydney FC mobilising their fan-base to assist those affected by the recent bushfires, so taking part in the auction for such a good cause was a no-brainer.

“They certainly were a well-used, authentic pair, still with dirt from the SFS in the studs (a collector item in itself), a few rips, tears and strained seams – and still with a faint ‘locker-room’ whiff,” he said of the boots.

“[Dad was] overjoyed, he was really excited,” he continued.

“As he leant closer and saw that they were Ninko’s boots, it looked like the memories of that game came flooding back.

“I had recently relocated to Brisbane, so we didn’t get to attend many 2018/19 games together, plus our plans for Dad to come up for the match against the Roar scheduled for late March were thwarted by the pandemic, so it was quite an emotional reminder of our bond.” 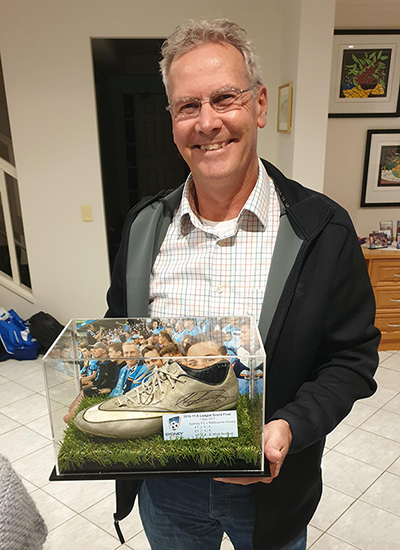 Benjamin said of all the Sydney FC items he’d purchased, Ninkovic’s boots were ‘number one’, as he said he’s not sure how to top this gift for his father’s 60th birthday next year.

“Of [all] the [Sydney FC] items they’d have to be number one,” Benjamin said.

“They are symbolic of the Membership, the gameday experience, the quality time spent with my Dad and friends Richard, Aidan and others – watching an amazing team go ‘round. 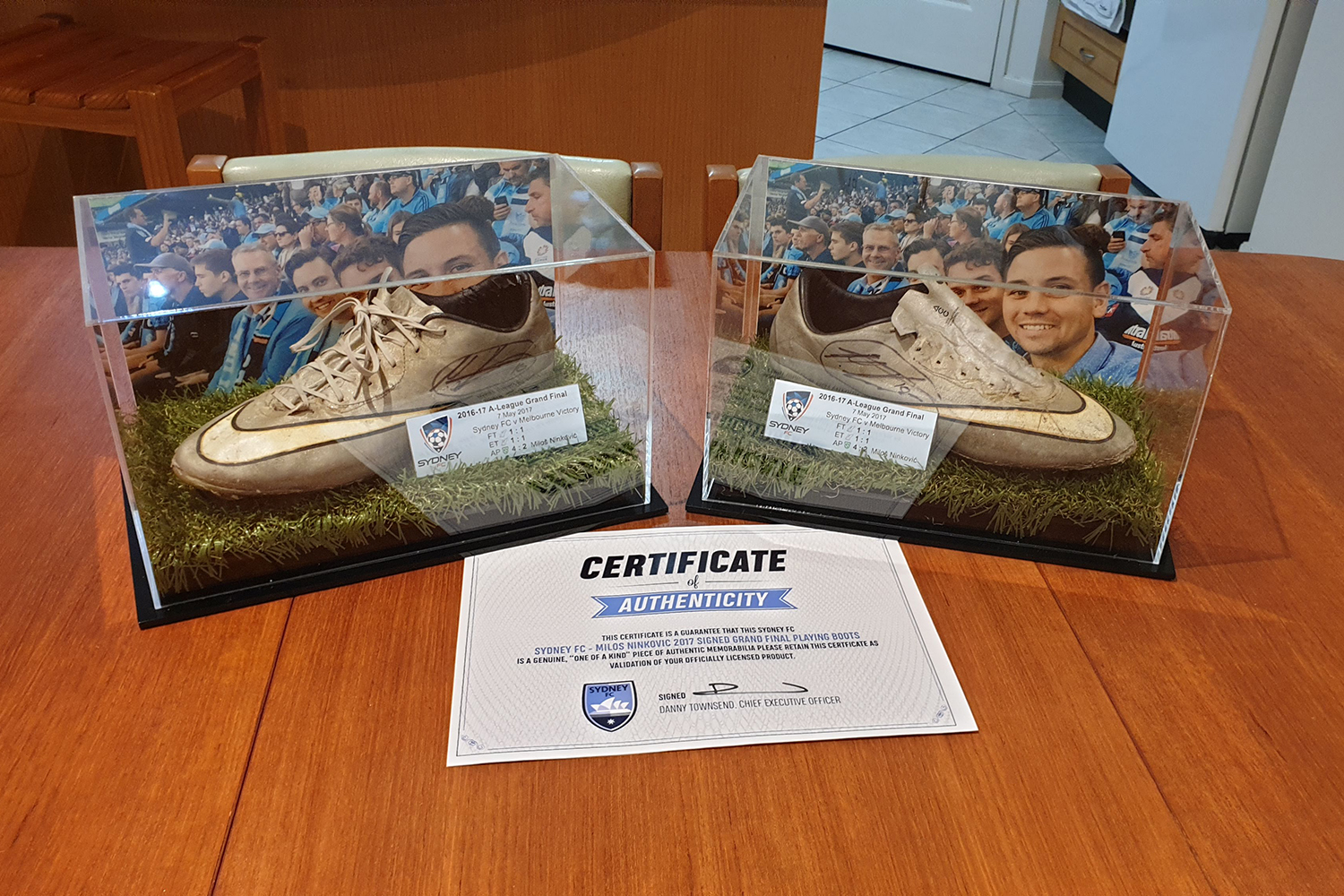 “Honestly, no idea,” he said of how he’d top this gift.

“Sydney FC will just have to continue to dominate, close out this season, then auction off something else – it’s up to the boys in blue to help me top it.

“I just wanted to add that Miloš recording and sending that extra happy birthday message to Dad on his actual birthday was so awesome.

“Thank you to everyone involved in organising it, and to Miloš himself, it was the cherry on top.

“Really nice to feel so connected to the team and the footballing stars as well.”