A-League goal of the season countdown 10-1

Its never easy to pick the Hyundai A-League goal of the season and this year was no different. We’ve selected the top 10 goals from 2014/15 and we want you to vote for your favourite! Did we get it right? Who missed out? Tell us!

Watch the video above or click on the links below to see each individual goal! Make sure to vote for which strike you believe should have topped the list!

A-League goal of the season countdown part one 20-11 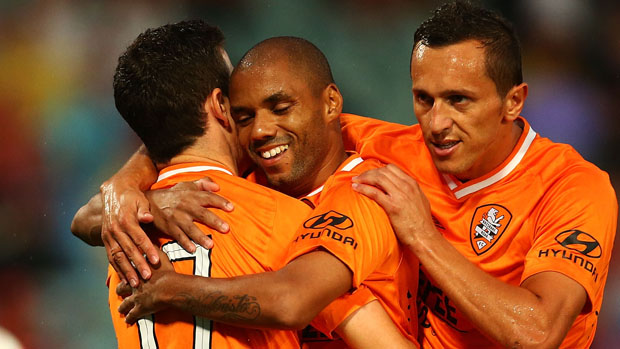 The wily Brazilian helped his struggling side to all three points with the lone goal against the Reds. With the defence distracted by an overlapping run Henrique cut in from the left-hand side towards the box and from 25 yards cracked a missile into the top right corner that handed Adelaide their first home loss in over a year. 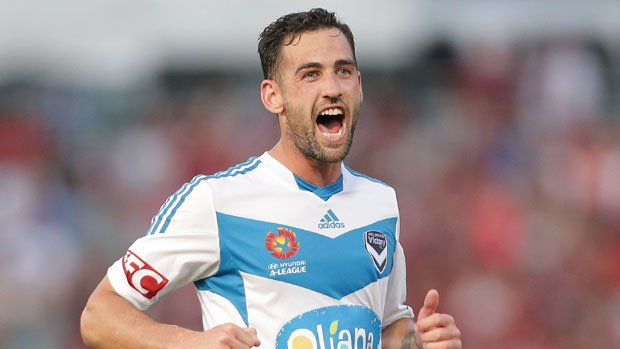 The former Socceroos midfielder opened the scoring against the Wanderers with a sumptuous strike that had “pick that out of the net” written all over it. A Victory corner was headed away in Valeri’s direction at the top of the box and he blazed a powerful volley into the top corner. 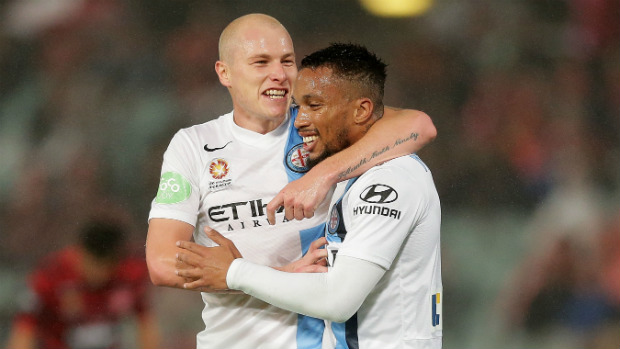 Hopefully the young Frenchman will be back next season as he showed fans the attacking flare he’s capable of with an absolute jaffa. An attack down the left found is way to Novillo and the winger cut back inside before letting fly with a shot from 25 yards out that skimmed the crossbar on its way into the net. 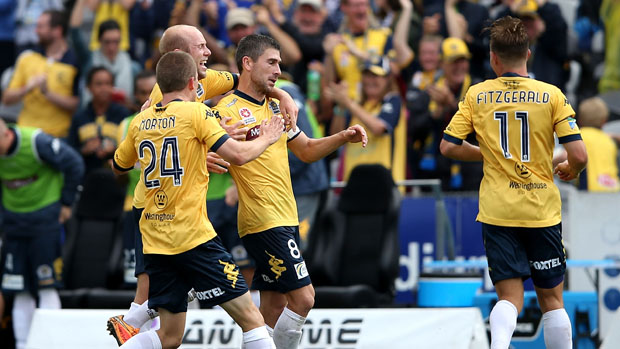 The Mariners’ newly named captain’s stunning injury-time strike helped his side to a share of the points against Glory in Gosford. A scuffed clearance rolled straight into the path of Montgomery about 25 yards out from goal. The Englishman let fly with a thunderous shot, which flew past stand-in ‘keeper Jack Duncan into the top corner. 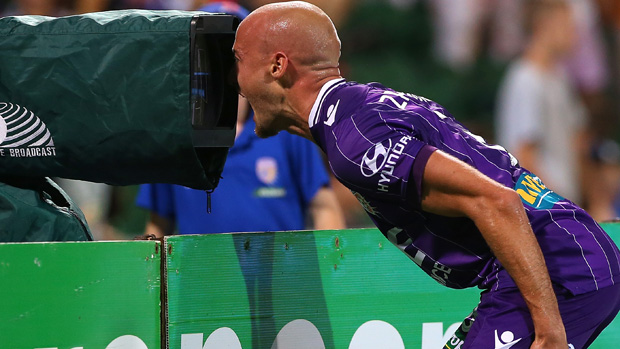 The midfielder got married over the weekend but his goal against the Phoenix is certainly another day he’ll not be forgetting in a hurry. Zadkovich was teed up by a teammate and sent the ball flying past Phoenix goalkeeper Glen Moss, off the left post and into the back of the net sparking wild celebrations. 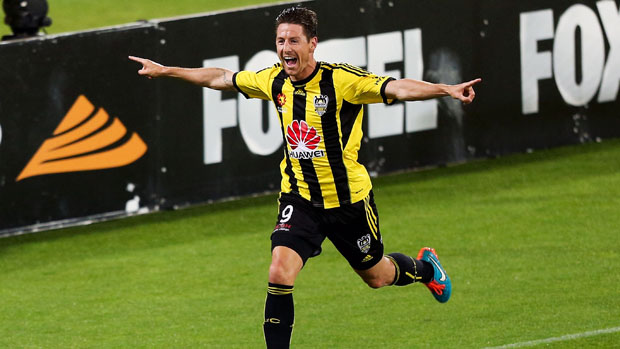 The Phoenix frontman led the Golden Boot standings for much of the season and there were none better than his cool finish after a mesmerising dart through the Sky Blues defence. Burns scored both the goals in his side’s 2-0 win which cemented his place in the Socceroos Asian Cup squad. 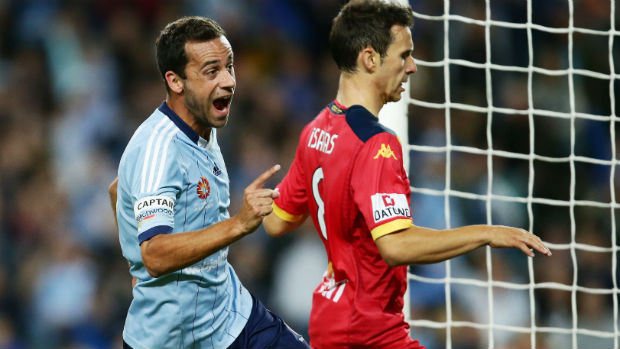 The Sky Blues skipper had Allianz Stadium buzzing right before the break in his side’s semi-final triumph over the Reds. Berni Ibini sent in a perfect cross to the near-post and Brosque did the rest, producing an audacious back-heeled flick which snuck past Eugene Galekovic at the near post. A sublime finish. 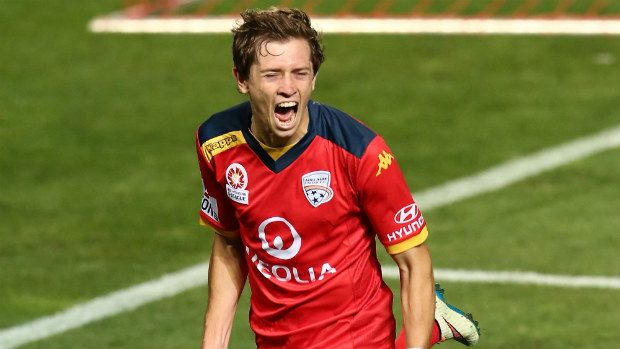 The 23-year-old enjoyed a stellar debut season with his home-town club and he capped it off with an absolute stunner in the sudden death final against the Roar. Stepping up for the free kick from 20 yards, Goodwin’s finish was of the highest order, curling a peach into the top corner past the despairing Jamie Young. 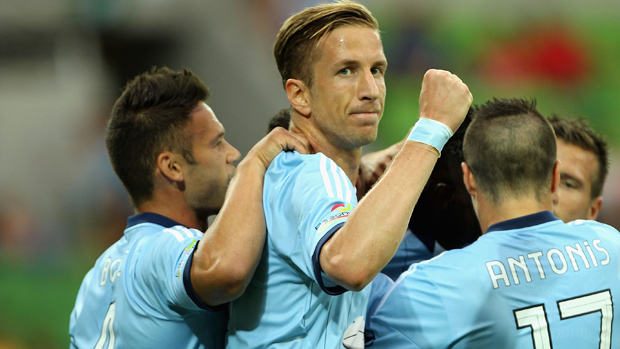 It’s a shame we won’t see the big Austrian in the Hyundai A-League season next season but he won’t be forgotten in a hurry. The Sky Blues marquee netted 16 goals in his maiden season in the competition and none were better than his effort against the Roar. Roar keeper Jamie Young attempted to clear the ball but Janko got to it first, and the big Austrian walloped a tremendous left-footed effort into the empty net from a good 40 metres out. Simply one of the most outstanding goals we’ve seen in the Hyundai A-League. 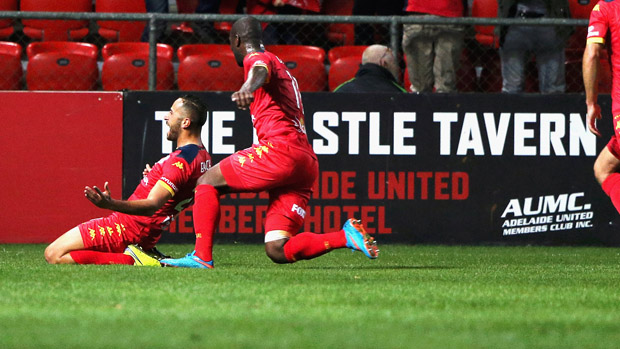 The 28-year-old enjoyed arguably his best ever season in the Hyundai A-League, punctuated with a Socceroos call-up for a friendly with FYR Macedonia in March. But it was his incredible solo goal against City in the final round of the regular season which had the football world in raptures. Elrich gathered the ball inside his own half and proceeded to weave a magical path past four City defenders with a stunning solo effort.  His finish was quality too, beating Velaphi all ends up from six yards out.