A Day To Remember For New Junior Blue Buddies

Fot the last 60 minutes, the Sydney FC Hyundai A-League squad joined in to test the kids’ skills before splitting up and joining teams for some small sided games to finish.

Afterwards, the Junior Blue Buddies met each player individually during an exclusive signing and photo session, with everything from jerseys to boots, hats and balls signed by the Sky Blues playing squad, leaving a lasting memory for all involved. 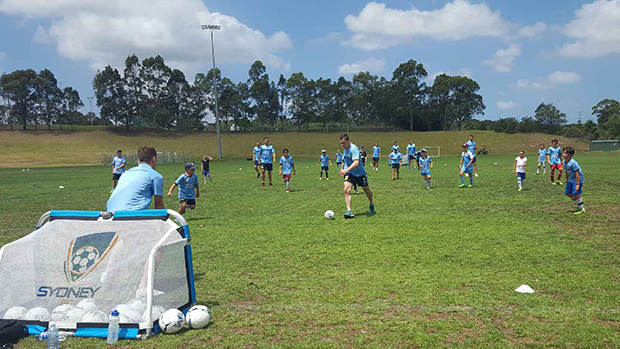 Any new Junior Blue Buddies will receive an invitation to a similar event to be held in March 2017.

Junior Blue Buddies Memberships are available as an upgrade for 2016/17 Junior Blues and includes a cap & lunchbox, birthday card, exclusive news and an invitation to attend an exclusive training session with the A-League squad. If you are already a Junior Blue, you can join here.