Sydney FC have today confirmed the squad numbers to be worn for the Hyundai A-League 2016/17 season, with just over one month to go until season 12 kicks off.

The Sky Blues enter the new season with seven fresh faces in the squad, and will be eager to kick the season off with victory as they look to defend their seven match Sydney Derby unbeaten streak at ANZ Stadium in round one.

Brazilian striker, and international marquee, Bobô will don the number 9 jersey and will be tasked with leading the Sky Blues’ impressive strike force, along with loan signing Bernie Ibini who returns to the number 11 jersey he excelled in during the 2014/15 season. 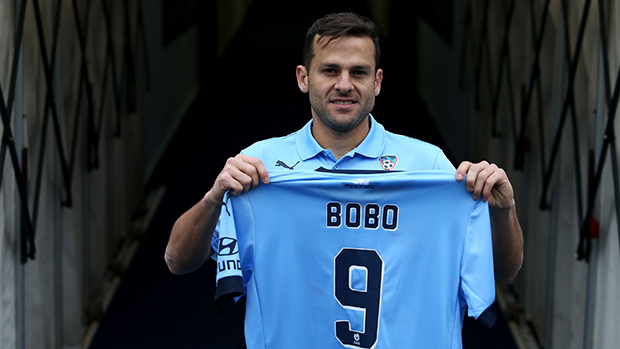 Of the 13 returning players from the Hyundai A-League 2015/16 season, three have also changed playing numbers.

Having featured in number 2 since he joined Sydney FC in 2009, Sebastian Ryall has moved into the number 22 jersey for his eighth season as a Sky Blue.

After seven seasons wearing the number 2 shirt Seb Ryall has surprisingly decided to move to 22 but confirmed there was nothing suspicious in his decision, nor was it so he could sit next to his long-time friend Rhyan Grant in the sheds.

“There’s no real reason for the change in number, I just wanted to switch,” said Ryall.

Youngsters George Blackwood and Aaron Calver have moved from numbers 24 and 25 to numbers 19 and 12 respectively, while youth product George Timotheou will wear number 16 for his first season as a professional in the Hyundai A-League.