Sydney FC continued their 100% record in the Hyundai A-League this season with a third consecutive win in the competition to remain top of the ladder.

Milos Ninkovic struck late on against a gallant Wellington Phoenix to secure the three points, latching onto a Matt Simon downward header.

The Sky Blues have a record of 20 goals with none conceded in all seven competitive games so far this season.

Graham Arnold: “For me it was a fantastic effort victory by our boys.  I think we showed our fitness is very high.  The second half we ran over the top of them.

“I felt there was only one team that looked like winning in the last twenty minutes and that was us.

“Overall I think that it was a good effort from us after the week we’ve had.” 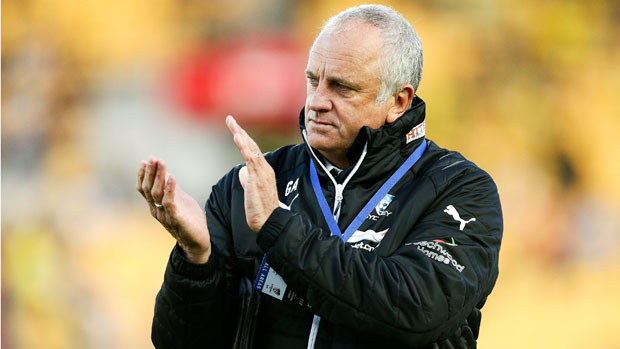 92’ NINKOVIC GOAL – Zullo swings the ball in from the left to Simon who plays a superb header back across the goal to Ninkovic for a cool left foot finish.

4′ ZULLO TACKLE – Fantastic intervention from Zullo as he gets a foot in with Barbarouses ready to shoot.

14′ MCGLINCHEY GOAL DISALLOWED – McGlinchey taps it into the net off a neat low cross but it’s ruled out for offside.

23′ CARNEY HEADER – Brillante floats a ball into the area and Carney directs a header at goal but Moss claims it.

26’ VUKOVIC SAVE – Krishna fires in a snap shot which Vukovic is down low to save.

33’ CARNEY SHOT SAVED – Fabulous ball from Jurman with his right foot releases Carney on goal but his well hit shot is pushed over the bar by Moss.

36’ FANTASTIC VUKOVIC SAVE – Doyle meets a right wing Phoenix corner with his head and Vukovic reacts quickly to push the header onto the post and behind.

42’ KRISHNA OFFSIDE – Krishna gets beyond the Sydney FC backline but play stops as he is called offside before he puts the ball into the empty net.

56’ HOLOSKO SHOT – After a clever free kick, Carney chips the ball to the far post from the left and Holosko shoots on goal but the ball takes a deflection and goes behind.

77’ SIMON HEADER – Ninkovic makes space and stands a cross up for Simon at the back post but his downward header is gathered by Moss.

77’ CARNEY SHOOTS JUST WIDE – Carney receives the ball on the left hand side of the box, turns inside and curls a shot inches wide of the post. 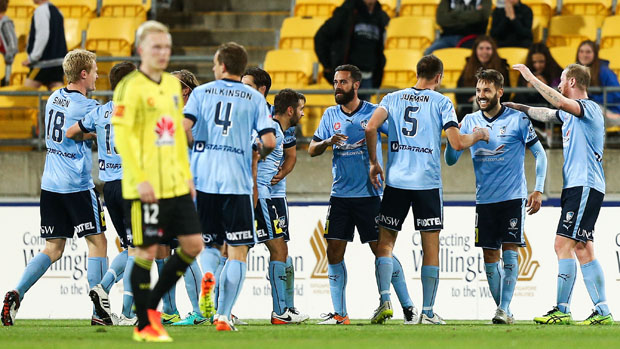